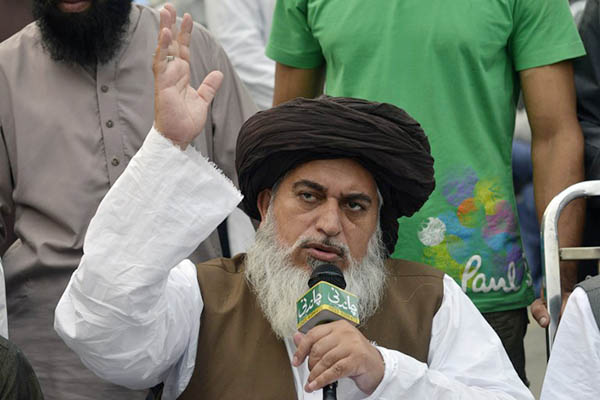 Government commits to five-point accord, which includes barring Aasia Bibi from leaving Pakistan

The rightwing Tehreek-e-Labaik Pakistan on Friday agreed to end its nationwide protests in exchange for the Government of Pakistan barring Aasia Bibi from leaving the country.

Per the accord, the government will not attempt to oppose any petitioners seeking a review of the Supreme Court acquittal of blasphemy accused Aasia Bibi. A three-member bench of the top court, led by Chief Justice Saqib Nisar, had found the case against Aasia to lack evidence and have several procedural flaws and set the conviction aside.

As a fourth point, the government will immediately release any demonstrators that were placed under arrest during the protests starting from Oct. 30. The final point of the agreement has Labaik issuing regrets to anyone whose “sentiments” were hurt or who was “inconvenienced” during the protests.

Demonstrations had broken out across Pakistan after the Supreme Court on Oct. 31 overturned a blasphemy conviction for Christian mother Aasia Bibi, ending her eight-year ordeal on death row but infuriating Muslim conservatives. Khadim Hussain Rizvi, leader of Labaik, had even pledged to continue holding sit-ins across the country with supporters blocking major traffic thoroughfares, causing gridlock and school closures in major urban centers such as Lahore, Islamabad, Rawalpindi and Karachi.

Protesters in some areas vandalized public and private property, with several incidents of cars set alight. Anticipating unrest, the government on Friday suspended cellular services in Lahore, Rawalpindi, Islamabad and Gujranwala from 8 a.m. till 6 p.m.