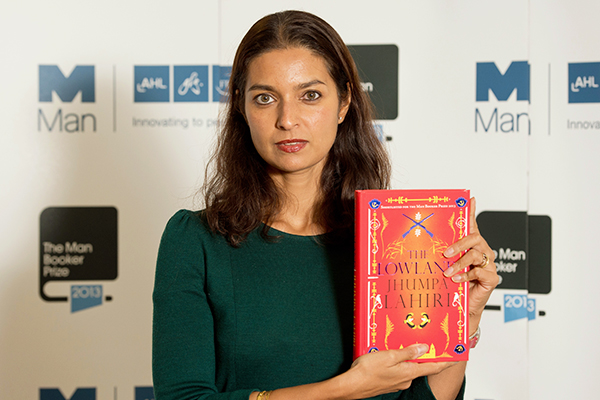 Two Pakistani novels were also in contention for the award.

Jhumpa Lahiri’s The Lowland has won the 2015 DSC Prize for South Asian Literature.

Part of a five-book shortlist, The Lowland was announced as the winner of this year’s DSC Prize at the ZEE Jaipur Literature Festival on Jan. 22. The award, which comes with prize money of $50,000, was collected on Lahiri’s behalf by her publisher.

“The Lowland by Jhumpa Lahiri is a superb novel written in restrained prose with moments of true lyricism,” said Keki N. Daruwalla, jury chair for the 2015 DSC Prize. “It starts with a sense of loss and trauma due to the death and then the ongoing presence of a key character. The novel is partly political and partly familial, starting with an unromanticized account of the Indian Naxalite movement and ending with a series of individual emotional resolutions. The Lowland is a novel about the difficulty of love in complex personal and societal circumstances, inhabited by characters which are finely drawn and where the lowland itself is a metaphor running through their entire lives. This is a fine novel written by a writer at the height of her powers.”

“The winning novel represents the very best of South Asian fiction writing today,” said Surina Narula, cofounder of the DSC Prize. “I thank the jury members who’ve had the difficult task of choosing a winner from the five exceptional contenders that we had in the shortlist this year. Now completing five successful years, the DSC Prize remains focused on recognizing the best talent writing about the South Asian region and bringing it to a larger global audience.”

The other shortlisted books in contention for this year’s DSC Prize were A God in Every Stone by Kamila Shamsie, Noontide Toll by Romesh Gunesekera, The Mirror of Beauty by Shamsur Rahman Faruqi, and The Scatter Here is Too Great by Bilal Tanweer.

Previous winners include Homeboy by H. M. Naqvi, Chinaman by Shehan Karunatilaka, Narcopolis by Jeet Thayil, and Chronicle of a Corpse Bearer by Cyrus Mistry.