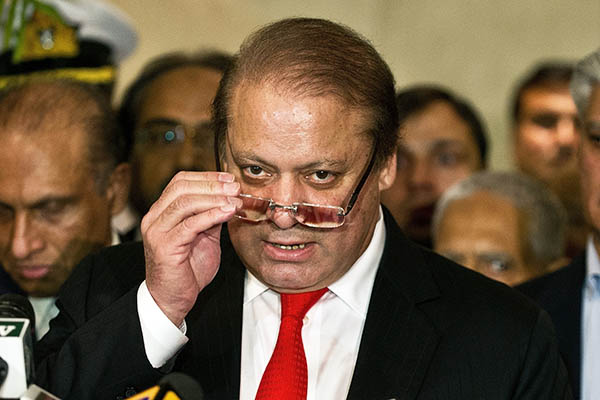 The Lahore High Court has summoned Pakistan Tehreek-e-Insaf’s chairman, Imran Khan, in a petition being heard against his party’s “Azadi March.”

According to lawyers present in court, Justice Dar reportedly said that Prime Minister Nawaz Sharif must put his ego aside and negotiate with his political rivals, Khan and the Pakistan Awami Tehreek’s Dr. Tahir-ul-Qadri, in the “larger national interest.”

On Sunday, Qadri announced that his organization’s “Inqilab March” on Islamabad would coincide with Khan’s “Azadi March.” Both Khan and Qadri are demanding the ouster of Sharif’s government.

Justice Khan, according to lawyers present during today’s hearing, said the courts cannot stop people from exercising their right to protest. He was also reported to have said that the courts cannot pass orders to the federal government.

The court has also asked the authorities to provide details of the actions being taken ahead of the twin marches scheduled for Independence Day.

Meanwhile, speaking at an official function in Islamabad today, Sharif said Qadri’s agenda made him “laugh” and that Qadri should have participated in last year’s elections. He accused the protesting parties of not caring about democracy or the state. He also hit out at Khan, questioning the performance of Khan’s government in Khyber-Pakhtunkhwa province. But, at the same time, he reiterated that he was willing to talk with Khan.

What is this? Doesn’t look like a summon to me. More like a neutral and friendly conversation between his honor & the politicians.