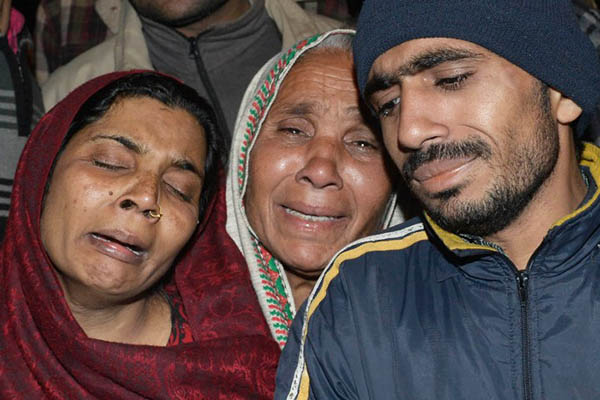 A fire erupted in a busy market in Lahore on Monday, killing at least 13 people and injuring two others, officials said.

An electrical short circuit in a four-story building was the likely cause of the fire in Anarkali bazaar, where electronic items, lighters, and sunglasses are manufactured and sold, officials said.

“We received 13 dead, including one woman and a 13-year-old child,” said Dr. Amjad Shahzad, chief of Lahore’s Mayo hospital. “The child was burnt while rest died of suffocation,” he said, adding that the rescue operation was hampered by the narrow streets in the area.