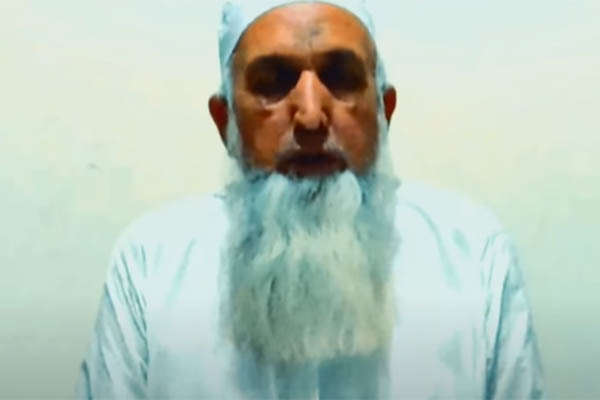 Police in Lahore on Thursday registered a case against Jamiat Ulema-e-Islam’s Mufti Azizur Rehman after a video of him allegedly sexually assaulting one of his students went viral on social media earlier this week.

According to a copy of the First Information Report, the case has been registered at the North Cantt Police Station by the former student under Sections 377 (unnatural offenses) and 506 (punishment for criminal intimidation) of the Pakistan Penal Code.

In the FIR, the victim said he had secured admission in the Jamia Manzoorul Islamia in 2013 to continue his education. He said that Rehman accused him and another student of cheating during exams, banning them from sitting exams at the Wafaqul Madaris for three years. The victim, whose identity is being kept anonymous, said that he had urged Rehman to reconsider the punishment and had been told that if he “made him happy” his penalty would be declared void. He said that he had felt he had no choice but to submit to sexual assault, adding that for three years the Mufti would assault him every Friday; refuse to end his punishment; and subject him to blackmail if he questioned the ongoing assaults.

The victim stressed that he had initially complained to the madrassa’s administration, but had been told that the “pious” Rehman would not do this and been counter-accused of issuing a false statement. He said that following the release of the video proving the sexual assault, Rehman had been removed from the madrassa, which had angered him. He alleged that he was being threatened by Rehman and his sons with death and sought police help.

Earlier this week, the 70-year-old Rehman—who served as the vice-ameer of JUI in Lahore—was suspended as a member of the political party. He was also terminated as a teacher at the madrassa, a move that critics had declared was insufficient as punishment for the alleged sexual assault and rape. The termination notice issued by madrassa reads: “A video was produced of you in which you are molesting a student. After consultation, the Jamia administration—based on the video—advised him [Rehman] and his son to leave the campus.”

On Wednesday, Rehman issued a video statement denying his role in the viral video, claiming it had been released as “part of a conspiracy to smear my name.” In his statement, Rehman claims he was “drugged” and was not a willing participant in the sexual act. He then claims that the video shows the victim is not under pressure and even implies that is he, and not his student, who was the victim.