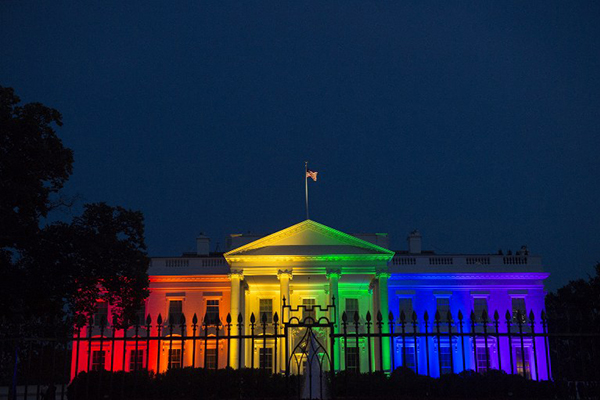 With four justices appointed by Democratic presidents and five by Republican leaders, the U.S. Supreme Court is generally perceived as being weighted in favor of conservatives.

But after two historic rulings in a week supporting progressive causes—legalizing gay marriage across America and upholding President Barack Obama’s health care overhaul—the conservatives are lashing out. They are slamming what they see as a blatant disregard of the law in favor of a win in the court of public opinion.

U.S. Supreme Court Justice Antonin Scalia, a conservative, called the 5-4 ruling in favor of legalizing gay marriage nationwide a “judicial putsch” that was “lacking even a thin veneer of law.” Chief Justice John Roberts, who also opposed the gay-marriage ruling, said, “Just who do we think we are?” He said the ruling had “nothing to do with” the Constitution and blasted the decision as “an act of will, not legal judgment.”

Scalia also lambasted his colleagues for voting 6-3 to uphold “Obamacare,” which has extended health insurance to millions of Americans. Conservatives say Obamacare represents unconstitutional government intrusion into the lives of private citizens.

“Today’s opinion changes the usual rules of statutory interpretation for the sake of the Affordable Care Act,” Scalia wrote. “We should start calling this law SCOTUScare,” he added, using the acronym for the Supreme Court of the United States.

Aside from the health-care and gay-marriage rulings, the court also voted in the past week to uphold a key tool used to fight housing discrimination—another win for the Obama administration.

In the past, other landmark Supreme Court rulings have ushered in the legalization of abortion, the end of racial segregation in schools, and the authorization of mixed-race marriages. But this week’s decisions left some accusing the court of siding with public opinion—and not the Constitution.

Ryan Anderson, a research fellow at the conservative Heritage Foundation, called the gay-marriage ruling “perhaps as clear of an example of judicial activism as any we have seen in recent years—or are likely to see in the future … The majority of the Court simply replaced the people’s opinion about what marriage is with its own.”

In each of this week’s three main big rulings, Justice Anthony Kennedy, who was appointed in the 1980s under the conservative President Ronald Reagan but is considered moderate, sided with his progressive counterparts. Chief Justice Roberts also added his vote to the health-care ruling, perhaps to protect the court from accusations it voted along political lines.

“This is not about a ‘conservative’ or ‘liberal’ court,” said Lisa Linsky, a partner at the McDermott Will & Emery law firm. “This is about the highest court in the land being cognizant of the world around it and the fundamental principles and protections that are embedded in our constitution,” Linsky said. “The founding fathers of this country created the Constitution to be a pliable, long-lasting guide for living life in a civilized society.” These cases “impacted real people in profound and far-reaching ways,” she said, noting that “any other result would have caused chaos.”

If the Obamacare ruling had gone the other way, millions of people could have been left without health insurance.

“Their attention in that case to the economic realities of the health-insurance market was part of their statutory interpretation, not some free-floating analysis of what would be good policy,” said David Cruz, an expert from the University of Southern California Gould School of Law.

In the gay-marriage ruling, Kennedy wrote that same-sex couples should not be denied the “constellation of benefits” afforded married partners, such as tax and inheritance rights.

Mary Margaret Penrose, a law professor at Texas A&M University, noted that “the receipt of these benefits traditionally are matters of policy and legislation, not constitutional mandate.”

Steve Sanders, who teaches constitutional litigation at the Indiana University Maurer School of Law, said the court should be expected to show some flexibility: “The point is not that we should make law by opinion poll, the point is that, under our Constitution, we expect courts to step in and act when a minority group is being denied a fundamental right based on the transient passions and discredited motives of a political majority.”

Statistics show that during the current Supreme Court session, which is set to end Monday, the justices have taken more left-leaning decisions.

According to a New York Times analysis, about 56 percent of rulings by the court were considered progressive.