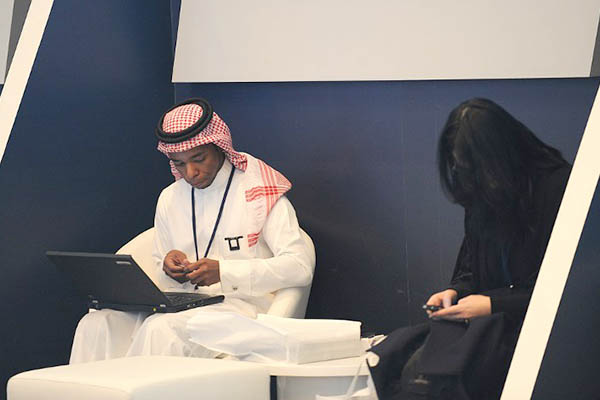 Passengers question the restrictions, adding that they now fear their devices will be stolen in transit.

Travelers across the Middle East expressed frustration on Wednesday at a ban on large electronic devices for flights to the United States and Britain that has sparked confusion and speculation.

Caught in the middle of the ban are thousands of travelers growing increasingly frustrated with what they see as an absurd measure. “Is there anything else I should know before flying back home? Navy blue boxers not allowed? Should I shave?” asked an American expat living in Abu Dhabi with a direct flight to the United States next week.

As the March 25 enforcement deadline looms, passengers are growing increasingly wary of restrictions on living in and traveling from the Middle East. “They took my laptop and my camera,” said Mustafa, who did not give his second name, as he boarded a plane out of Dubai to the United States.

Canada and France have also said they are looking into similar regulations.

At the Tunis airport, a passenger flying to Canada via London said he was confused by the new measure. “I mind because I need my laptop or my iPad. It’s a personal thing. Why do I have to put them in hold?” said Riadh, 33, adding he now feared they would be damaged or stolen.

In Lebanon, another traveler named Riad, an I.T. worker in his 50s, said he would copy his laptop hard drive before flying to London next week in case it disappeared or was damaged in transit. “It’s a hassle. Why don’t they just turn the laptop on—or the tablet—as usual and put it through the machine?”

Many were quick to flag a lack of logic behind justifications of the ban. “Every criminal in the Middle East: ‘Oh no! We can’t take the direct flight to the U.S.! I hate connecting flights! *Cancels criminal plans*,” Egyptian analyst Mohamed El Dahshan wrote on Twitter.

Ankara has said it plans on requesting that the U.S. repeal the measure. Turkish Foreign Minister Mevlut Cavusoglu criticized the ban as a unilateral, temporary move better replaced by “permanent” measures.

The British ban has sparked concern in tourism-dependent Tunisia, which is trying to recover from 2015 jihadist attacks that killed holidaymakers. “It will have a negative impact on tourism,” said Mohamed Ali Toumi, the head of a Tunisian travel agents federation.

American officials have publicly cited security concerns. “From what we know, the ban is linked to intelligence on Al Qaeda in the Arabian Peninsula gathered by the U.S. military,” said Mustafa Alani, a security analyst at the Dubai-based Gulf Research Center.

The U.S. has conducted intense air raids on AQAP targets across Yemen since January. The Pentagon has confirmed 40 strikes this month. The U.S. Department of Homeland Security has also cited an explosion on a flight out of Somalia in February last year, in which the suspected bomber was killed. The attack was claimed by the Shabaab insurgent group.

But experts do not rule out other motives behind the ban, including business lost to increasingly popular Gulf carriers Emirates, Etihad and Qatar Airways. U.S. airlines do not have direct flights from the airports affected by its new restrictions.

“American airlines are going to benefit simply because airlines make their business from the business travelers, so on these long flights that are in excess of eight or 12 hours, time is money—but there are definitely more pressing considerations linked to security,” said aviation analyst Kyle Bailey, president of the U.S.-based consultancy KL Bailey Associates. The U.K. ban will affect British Airways and easyJet, as well as airlines from targeted countries.

Critics have also raised lithium batteries—which are covered by strict regulations on domestic flights in the United States—as a point of concern. “There is some concern around the lithium batteries in the cargo compartment, which could be highly explosive if they overheat,” Bailey said. But “from what we hear, the terrorism risk outweighs the risk of fire at this point.”