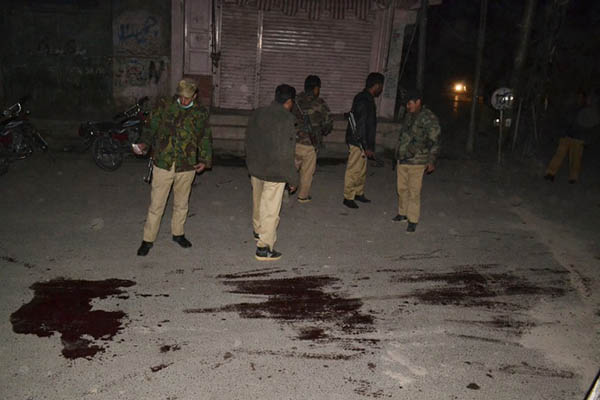 Three paramilitary soldiers and a policeman were killed when gunmen opened fire in Quetta on Saturday, officials said, in the latest outbreak of violence in restive Balochistan province.

“Three paramilitary soldiers and one policeman have been killed while a passerby has been injured in an attack on the paramilitary troops,” said local police official Syed Zahid Hussain.

The incident was also confirmed by a spokesman from the local paramilitary force.

The shooting was claimed by the Al-Alami faction of the Lashkar-e-Jhangvi group, according to a statement released by a spokesman. Last month, the outfit said it worked with the Islamic State group to execute a massive night raid on a police college that killed 61 people, the deadliest assault on a security installation in Pakistan’s history.

Mineral-rich Balochistan, of which Quetta is capital, has been plagued for decades by a separatist insurgency and sectarian killings. In August, a suicide bombing at a Quetta hospital claimed by the Islamic State group and the Jamaat-ul-Ahrar wing of the Pakistani Taliban killed 73 people, including many of the city’s lawyer community who had gone there to mourn the fatal shooting of a colleague.