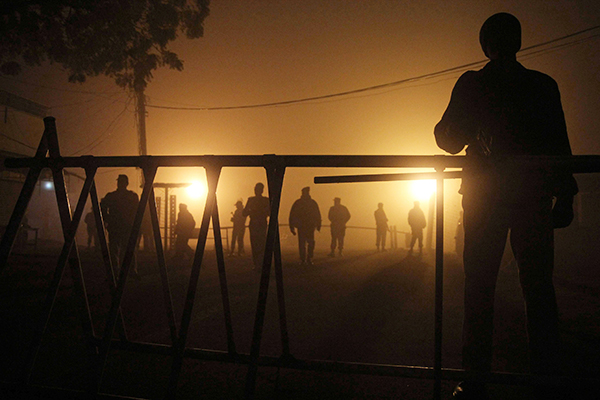 Al Alami faction spokesman says extremists are working with both Islamic State and Al Qaeda to combat the Army.

A Pakistani sectarian militant faction says it is working with both Islamic State jihadists and Al Qaeda to carry out attacks in the country.

Ali Bin Sufyan, a spokesman for the Al Alami faction of the homegrown Lashkar-e-Jhangvi group, said the militants would work with “whoever will help us against the Pakistani Army.”

The banned Sunni Jhangvi group has claimed responsibility for some of the most brazen attacks on minority Shia Muslims in Pakistan’s recent history, but has turned its guns on Islamabad in recent years.

Last year much of the Jhangvi top leadership was apparently wiped out in a gun battle with Pakistani police as authorities cracked down hard on the myriad insurgent groups that have plagued the country for decades. But the group appears to still be carrying out attacks, and the claim it is working with I.S. along with Al Qaeda exposes a worrying new trend.

“I.S. is under pressure in Syria and Iraq so it is forming a nexus with small militant groups in Pakistan and Bangladesh to assert its power and expand its profile,” said security analyst Amir Rana. Sectarian groups such as Jhangvi are a “natural ally” for I.S., he said.

Officials deny Islamic State has a presence in Pakistan, but the Middle Eastern jihadist group has claimed responsibility for several major attacks in recent months, particularly in the restive province of Balochistan. Last month militants carried out an assault on a police academy in Quetta, killing more than 60 people in an attack claimed both by Al Alami and I.S., in an apparent demonstration of their collaboration.

Sufyan said that any collaboration with groups such as I.S. was “restricted only to activities or operations in Pakistan.” The extent of any material support remains unclear, but affiliation with the notoriously brutal outfit brings the promise of a far higher profile.

The emergence of I.S. in Pakistan would be seen as a major blow to the country’s long-running and partly successful efforts to quell a homegrown Islamist insurgency, and comes as the group’s key rival Al Qaeda is losing strength in what was once its “home ground.”

Sufyan also said his group supports a separatist movement in Balochistan, where nationalists have sought independence for decades, calling them “our brothers.”

AFP was unable to verify the statement with Baloch separatists, who have previously accused the Pakistani state of using Jhangvi as a proxy against them. But it was a rare example of a Pakistani Islamist militant group supporting the nationalist movement, and a further demonstration of the group’s pragmatic shift.