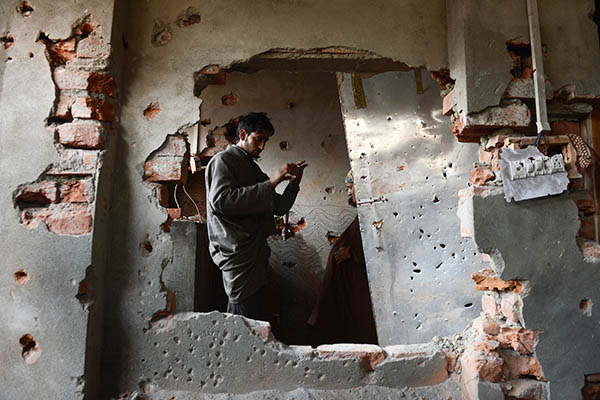 Pakistan-based militant group Lashkar-e-Taiba denied Monday that it was behind an attack last week by gunmen on an Indian diplomatic mission in Afghanistan.

Afghan President Hamid Karzai said Monday that he had been informed by a Western intelligence agency that Taiba was responsible for the assault on the Indian consulate in Herat which left two policemen wounded.

“Hamid Karzai’s claim is not based on truth. We condemn the attack,” a man identifying himself as Taiba spokesman Abdullah Ghaznavi said in a call to AFP’s office in Indian-administered Kashmir. “Our operations are limited to Jammu and Kashmir alone, and these will continue until the dawn of freedom for the territory,” he said from an undisclosed location.

The caller spoke in Urdu and rang from an unrecognized number. Taiba have called AFP to issue denials of their involvement in attacks in the past.

Taiba has been active in Indian-administered Kashmir since the early 1990s and the group has carried out some of the most spectacular attacks against Indian forces in the disputed Muslim-majority region that is also claimed by Pakistan.

About a dozen other rebel groups have been fighting since 1989 for independence or a merger of the Indian-administered part of the Himalayan territory with Pakistan. India and Western intelligence agencies believe Taiba perpetrated the 2008 attacks on Mumbai by Pakistani gunmen that left 166 people dead. Taiba has denied responsibility.

Had the heads of states of the region done something practical to achieve peace than just accusing each other, the region must have seen stability by now.