Home Latest News ‘Last Month Was Hottest May on Record’

‘Last Month Was Hottest May on Record’ 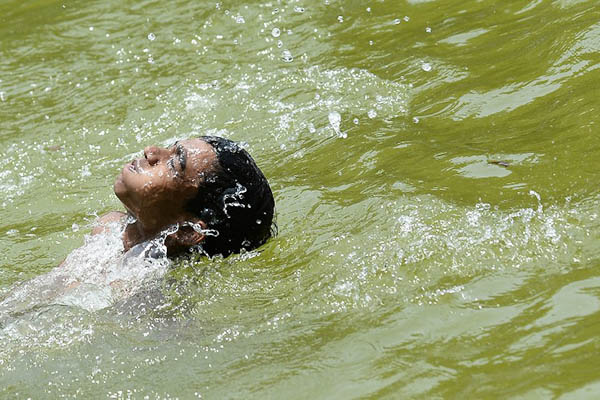 The monthly figures continue temperature surge from start of the year.

“This was the warmest May on record,” said Derek Arndt, chief of the monitoring branch at the National Oceanic and Atmospheric Administration (NOAA) National Centers for Environmental Information, during a conference call with reporters. When global air and sea surface temperatures were averaged, May was 1.57 degrees Fahrenheit (0.87 Celsius) warmer than the 20th century average, said the NOAA monthly report.

One quarter of the United States is experiencing drought, primarily in California and nearby West Coast states but also in parts of the northeast and New York.

The monthly figures for May continue an upward climb for temperatures since the start of the year, when the planet’s land and ocean surfaces have been 1.53 Fahrenheit (0.85 Celsius) above the 20th century average. “This was the highest for January-May in the 1880-2015 record, surpassing the previous record set in 2010 by 0.16 Fahrenheit (0.09 Celsius),” NOAA said.

Last year was the hottest on record, the U.S. agency has said.