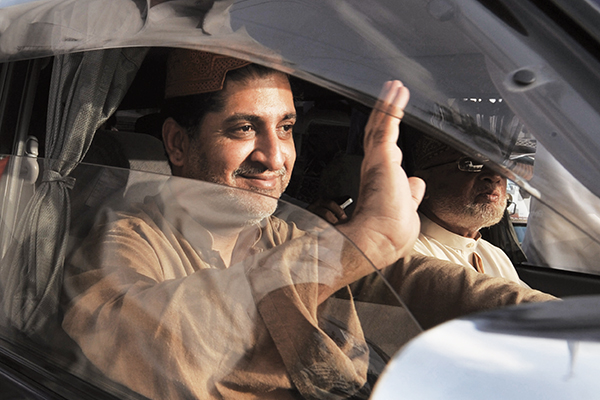 We spoke with the former Balochistan chief minister over telephone about the upcoming national and provincial elections. Excerpts:

Balochistan remains compromised by the presence of militants and separatists. Are free and fair elections possible in the province on May 11?

Has there ever been a free and fair election in Pakistan? Balochistan is in a state of war. Today my party’s workers and candidates can barely move from one place to another in Quetta. If a worker of my Balochistan National Party roams the city on a motorbike, he will either be targeted and killed or arrested. How can you expect to arrange free and fair elections in such an atmosphere? BNP is being victimized. We have been facing death threats for the last 55 years. It is extremely difficult for our party to campaign. Take me for instance, I am the party’s head and I cannot move freely. The day I landed in Quetta, the death squads showed up. These death squads I am talking about have been set up by the [Army’s] Inter-Service Intelligence agency. They carry ISI IDs and move scot-free in cars without number plates and target political parties in Balochistan. These cars openly roam around the Frontier Constabulary checkposts! So who is going to guarantee my safety? Who will guarantee the safety of my workers? Thousands of people have lost their lives during the last 10 or 12 years due to the upheaval in Balochistan.

Why participate in the elections then?

A party committee sat down in Karachi and reached a consensus to go for the upcoming elections. The government [during the 2008 elections] was not democratic, so there was little logic in talking to them. They only wanted to talk to us while pointing a gun. Forces of the [military] establishment have unconstitutionally taken over all power in Pakistan. They are the hurdle. They are the main impediment in our way.

Last year, flanked by Nawaz Sharif, you issued your Six Points, which you pointedly said were similar to Bangladesh founder Sheikh Mujibur Rahman’s. How has the Supreme Court, headed by a Baloch, responded to the demands you put forward?

The Supreme Court did its level best. But the apex court is not the supreme authority in this country and it has proven that with its actions. Neither is Parliament. It’s the establishment. They are the final authority. If they want, the Six Points I have proposed can be implemented. Only they can address my concerns.

Is there a possibility you boycott the elections?

There is still some time to go before the elections. But we have left the option open. Our party is waiting to see if its demands are fulfilled. It is important that all missing persons should be produced in a court of law. All proxy death squads operating under the ISI should be disbanded. The Baloch political parties should be allowed to resume their political activities. The people who have left Balochistan—this warzone—they should be rehabilitated. If these demands are not fulfilled, we may boycott.

Is your faction of the BNP looking to make electoral alliances with other parties?

Frankly, it’s too late to make an alliance now with any other party. We have instead decided to go for seat adjustments with different parties. These days we are meeting with Pakistan Muslim League (Nawaz). The former Punjab chief minister, Shahbaz Sharif, was kind enough to visit us here. Our party committee will be finalizing whether we will go ahead with this agreement with the PMLN or not. But we have left our door open for other parties as well.

Do you see elections happening, and on time?