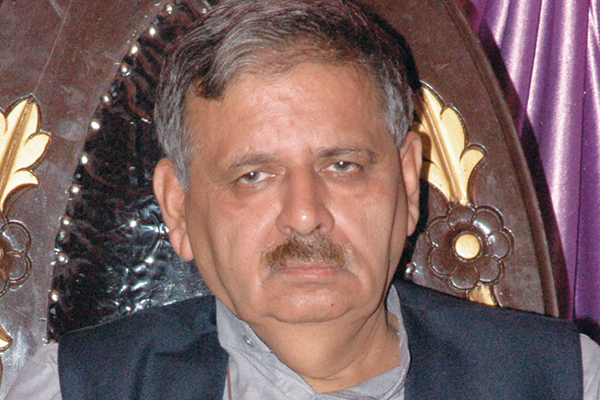 We recently spoke with the chairman of the Free and Fair Election Network, a coalition founded in 2006 of 42 nongovernmental organizations, which sent out some 41,500 observers to monitor Pakistan’s May 11 elections. Excerpts:

Free and fair or contentious, how do you view the May 11 elections?

There were terrorist attacks, there wasn’t a level playing field for all parties and contestants, and the campaigns only really took place in the Punjab. There were gross violations of the Election Commission’s code of conduct—by almost everyone. Voter turnout was high but didn’t exceed the record from 1970, but this was the largest number of people who have ever voted in the history of present day Pakistan.

Many voters and parties have complained about the Election Commission’s effectiveness. Are these grievances valid?

Election Day staff, including judges and teachers, came from three different parts of the state machinery. Coordination was missing and there were some flaws which led to irregularities. The Election Commission should not just be five people; it should be an institution that doesn’t have to rely on the judiciary or provincial governments for the polling process.

What irregularities did FAFEN discover?

Polling was affected in some constituencies because there was no staff present on time with the necessary polling materials. The supply of these items was managed by the Election Commission with help from the Army and then trickled down a fairly large chain. Most of the agitation, complaints, irregularities are over the compilation process, not the polling itself. Recounts and repolling have been demanded by some contestants. The media played an unhelpful role here. Cable news channels started announcing trends with only 1 percent of the result in. So some candidates who lost after the channels declared them winners are upset. But overall the elections were as per the law. A lot of good things happened this time.

So allegations by Pakistan Tehreek-e-Insaf, among others, of rigging are false?

Rigging was reported in all provinces. So far, we have reports from 9,000 [out of 69,801] polling stations. As of midnight on May 11, there were only 0.6 percent stations where problems were reported. There was relatively less rigging this time because every contestant had many votes. If contestants get similar numbers of votes, it shows the process is running smoothly. The other problem was in Karachi’s NA-250 constituency, where polling started late but the voting time was extended by three hours there, and by one hour across the country. This affected some parties.

If the protests and controversy continue, are these elections in danger of being voided?

If 10 percent of the constituencies become controversial, then the issue of a fresh mandate can be raised. Fresh elections seem to be out of the question because the results that have been accepted far exceed the controversial ones.

It happens. It can’t be stopped. We’re an impartial organization, we just observe. Our 41,500 observers could also have political affiliations. Government officials and staff can also have political affiliations—they vote, Army officers vote. There might be violations, but they can’t be traced easily. If someone from a political party came and made off with a ballot box, it could be that the polling staff was in his favor and chose not to report this.

What lessons does May 11 offer for the 2018 elections?

Election laws must be changed drastically. Amendments have been proposed for the nomination papers. Election laws say these amendments can’t be effective until the president approves them. But the Supreme Court has said such approval is not required. The Election Commission needs to be empowered and dependent on no one. The judiciary’s intervention needs to be reduced. Constitutionally, the Election Commission conducts the elections, but the entire machinery required for conducting the polls comes from other state institutions. During the scrutiny process of candidates under Articles 62 and 63 of the Constitution, there was no set or objective criteria. That process caused much frivolity and nonsense in the media. The Election Commission had to clarify they were not a part of that [witch-hunt]; that it was the judiciary’s doing. We, as concerned citizens, hope the new Parliament will review election laws in their entirety.

FAFEN Warns of ‘Challenges’ to Early Elections in...