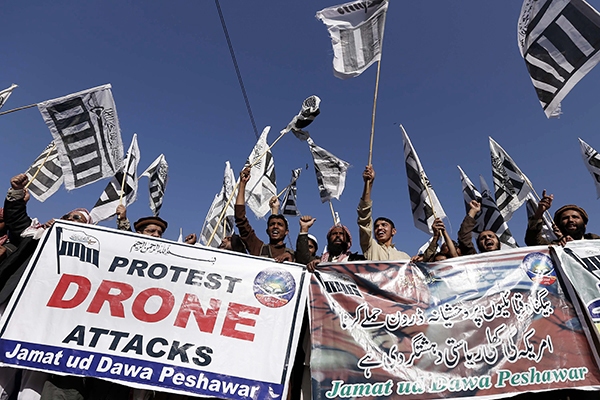 Dead insurgents may have been Central Asian.

The latest U.S. drone strike in Pakistan killed at least two suspected insurgents in the federally-administered North Waziristan tribal agency on Friday, hours ahead of the country’s new Army chief taking over.

It “fired two missiles on a militant compound, killing two suspected militants and wounding two others,” said a senior security official of the post-midnight strike in Anghar. The identities of those killed in the strike were not immediately known, but they appeared to be of Central Asian origin, said the official.

A security official in Miranshah said two “Punjabi Taliban” fighters were wounded in the fresh attack. “One of them, Aslam alias Yaseen, is linked with attacks on Pakistan Army headquarters in Rawalpindi [in 2010] and another attack on the naval base in Karachi [in 2011],” he said.

This is the third drone strike in Pakistan this month. On Nov. 21, a strike in Hangu district of Khyber-Pakhtunkhwa province killed six Haqqani network officials. And Pakistani Taliban chief Hakimullah Mehsud was killed in North Waziristan by a drone on Nov. 1.