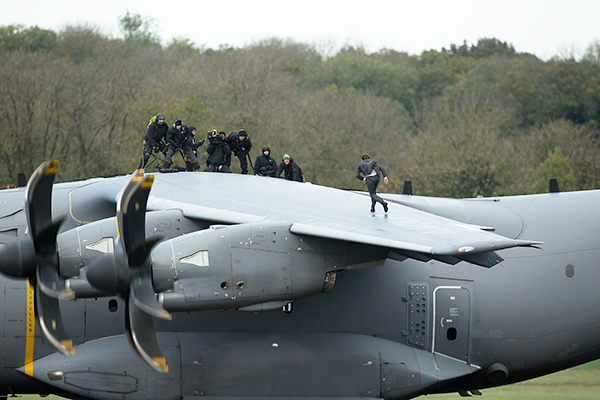 The fifth installment of the blockbuster franchise stars Hollywood heavyweight Tom Cruise as a top-secret agent battling a rogue global organization that is trying to destroy the IMF. The action-thriller raked in $55.5 million in its inaugural weekend, according to box office tracker Exhibitor Relations.

In second place was the comedy misadventure Vacation, starring Ed Helms, Christina Applegate and comedy veteran Chevy Chase about a family holiday gone awry. The debut came in far behind the top flick with $14.7 million.

Not far behind was fellow animated film Pixels, about aliens who attack Earth after intercepting video games, earning $10.5 million.

Amy Schumer’s comedy Trainwreck, directed by Judd Apatow, about a boozy commitment-phobe who’s finally pinned down by a smitten doctor, fell to sixth place with $9.6 million. In seventh was Southpaw, starring Jake Gyllenhaal as a boxer at the end of his bruising career, which brought in $7.6 million.

The number eight spot went to drama-mystery Paper Towns about a road trip to find a missing girl next door, with $4.6 million in ticket sales.

The Disney animated flick Inside Out slid to ninth, netting $4.5 million its seventh week in North American cinemas. Rounding out the top ten was the ever-popular dinosaur Blockbuster Jurassic World, which raked in $3.9 million.

The dino thriller has become the third biggest international hit of all time, earning $1.65 billion globally and $631 million domestically, according to Exhibitor Relations.

Trump Says Iran Not ‘Living Up to the...