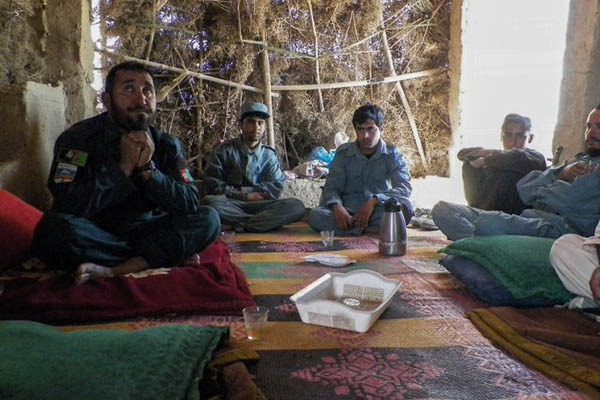 U.S. lawmakers are pressing Washington to get tough on institutionalized sexual slavery of boys by Afghan forces, with some invoking a human rights law that prohibits American aid to foreign military units committing such violations.

The call follows an AFP report in June which revealed the Taliban are exploiting the entrenched practice of pedophilic “bacha bazi” (boy play) in the Afghan police to mount deadly insider attacks in the country’s volatile south.

The revelation prompted congressman Duncan Hunter to demand U.S. Defense Secretary Ashton Carter take “immediate steps to stop child rape” amid an American military presence in Afghanistan. The Department of Defense replied to Hunter last week, stating in a letter seen by AFP that it was committed to holding perpetrators accountable.

The letter added that General John Nicholson, the U.S. commander in Afghanistan, had “reaffirmed” tactical guidance “stating that when U.S. personnel suspect members of [Afghan security forces] have violated human rights, including child sexual abuse, they must report that… to appropriate [Afghan] officials.”

“At the very least, the U.S. government should state, as a position of official policy, that child rape amid a U.S. force presence won’t be tolerated and expectations should be imposed on how allegations and evidence are handled,” he told AFP this week. “So far that’s yet to occur beyond a simple reporting requirement.”

That view was echoed by other U.S. lawmakers who last year called on watchdog agency SIGAR to launch an independent probe into “predatory sexual behavior” by Afghan forces, which is still ongoing. Many had expressed shock over media reports suggesting the U.S. military had disciplined American personnel who tried to intervene to stop bacha bazi abuse, and urged SIGAR to focus on the implementation of the so-called Leahy Law.

Leahy “is concerned that DoD was not treating this issue seriously enough until it was reported in the press,” his office told AFP this week. “He believes that anyone who engages in [child sex abuse] is ineligible under the Leahy Law for U.S. training, equipment or other assistance and should be prosecuted.”

The fresh call to apply the law comes ahead of a crucial donor conference on Afghanistan in Brussels in October. The war-battered country remains heavily dependent on international financial and military assistance.

“[Leahy] is the legal backstop that’s intended to promote a zero tolerance policy,” said congressman Thomas Rooney. “If the law is not being administered appropriately or sufficiently… that’s a huge problem, especially in places like Afghanistan where we have spent billions on training their security forces.”

The ancient custom of bacha bazi, seen as a culturally sanctioned form of male rape, remains widespread in Afghanistan. In June an AFP report cited multiple officials who said it was entrenched in police outposts in southern Uruzgan province, where the Taliban are exploiting the ‘addiction’ to recruit victims for insider attacks.

The Taliban rejects the claim.

Kabul announced a “thorough investigation” but it has yet to pass legislation criminalizing bacha bazi and no initiatives have been publicly announced to rescue any children enslaved at security outposts.