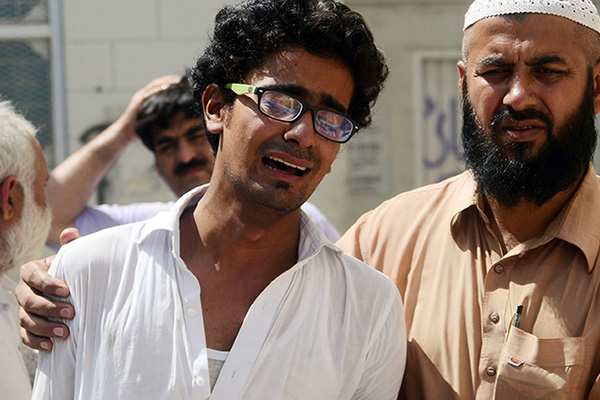 Police chief says the attack might have been a sectarian killing, but investigations are still underway.

Unidentified attackers shot dead a lawyer and his two sons, aged 12 and 15, in Karachi on Tuesday in a suspected sectarian attack, police said, the latest in a wave of violence against Pakistan’s Shia Muslims.

The men, on a motorbike, gunned down high court lawyer Kausar Saqlain and his sons Owais Abbas and Mohammad Abbas as he took them to school.

“Apparently it seems a sectarian killing,” said Iqbal Mahmood, the Karachi police chief, though he said the case was still under investigation.

Karachi, a city of 18 million people, contributes 42 percent of Pakistan’s GDP but is rife with murders and kidnappings and has been plagued for years by ethnic, sectarian, and political violence. Shias, who make up around 20 percent of Pakistan’s population, are increasingly coming under attack.

A car bomb in a Shia neighborhood in Karachi in March killed 50 people, the fourth in a series of major attacks on the community since Jan. 10 that killed more than 250 people.

Lawyers boycotted proceedings of the provincial High Court on Tuesday to mourn and condemn the death of Saqlain and his two sons. “We strongly condemn the killings of our colleague and his two sons and we called off activities at the court,” said Mustafa Lakhan, president of the Sindh High Court Bar Association.