Home Lightbox Left in the Lurch 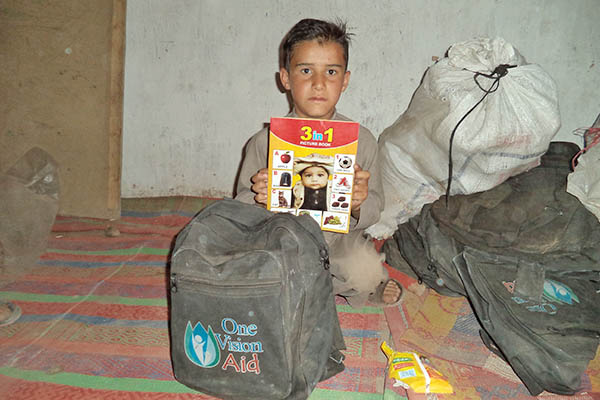 Arshad Khan, a child refugee who has been forced to become a refugee since his school shut down. Photograph by Mahwish Qayyum

Education is a fundamental right enshrined in Pakistan’s Constitution. Over the years, various governments have signed onto national and international commitments to ensure all children are provided access to primary schooling without prejudice. Despite all efforts, 44 percent of all children in Pakistan do not receive any education, according to the Pakistan Education Statistics 2016-17 report. This number becomes much worse for those who exist on the fringes of society, such as the already marginalized Afghan refugees, with education offering them a potential lifeline to a better life—if they can afford it.

Saeed Aagha, a refugee himself, had hoped to make up for the government’s inaction by establishing a low-cost school at an informal settlement in federal capital Islamabad’s I-12 sector. Launched in January 2019, the primary school had enrolled 400 local children as students. Unfortunately, it was forced to shutter after a mere three months as spiraling costs, coupled with a lack of funding, left Aagha with no option but to give up his dream—as well as the dreams of the hundreds who had hoped this would be their escape from menial labor.

“I was [enrolled] in Class One and good in studies,” Sharifa, an Afghan refugee who attended the school, tells Newsweek. “I enjoyed reading. But my school is closed now and education seems a distant dream.” The young girl says she dreamt of someday finishing her studies and becoming a teacher so she could pass on her knowledge. “I now sell boiled potatoes to alleviate the financial burden on my family,” she notes mournfully. “I want to continue studying and playing with my classmates,” she adds, “but we are too poor.”

Aagha’s school consisted of six rooms and one bathroom. Zabiullah, an employee of the Embassy of Afghanistan in Islamabad, funded its construction through a one-time donation of Rs. 170,000. A non-governmental organization, One Vision Aid, donated schoolbags and stationary for the students, easing the burden on them even more. This still wasn’t enough.

Pakistan hosts over 1.4 million registered Afghan refugees. Nearly half this number is believed to be children under the age of 14, with another 20 percent reportedly between 15 and 24 years old. In 2015, a report issued by the United Nations High Commissioner for Refugees, Breaking the Cycle: Education and the Future for Afghan Refugees, found that a staggering 80 percent of Afghan children in Pakistan were out of school. The same report noted that many of these children were being forced to work to help their families make ends meet, with 6 percent of the Afghan refugee workforce in Pakistan comprised of children between 5 and 14 years old. This ensures that many refugees in Pakistan have extremely low literacy rates; only an estimated 33 percent of Afghan refugees are able to read or write. The rates are even worse for girls, standing at a mere 7.6 percent.

While sobering, these statistics fail to capture just how damaging the lack of schooling can be to impressionable minds. Instead of studying, many of them are forced to become scavengers, collecting recyclable trash that earns them pennies for hours of backbreaking labor. “Whenever I see the locked door of our school, I want to break the lock and go back inside,” says Arshad Khan. The young boy has been collecting garbage since the school shut down. He says he tries to retain the knowledge he learned by reading the discarded papers he collects every day. “When that school shut down, so did the possibility of a bright future for me or my fellow refugees,” he adds with sorrow. 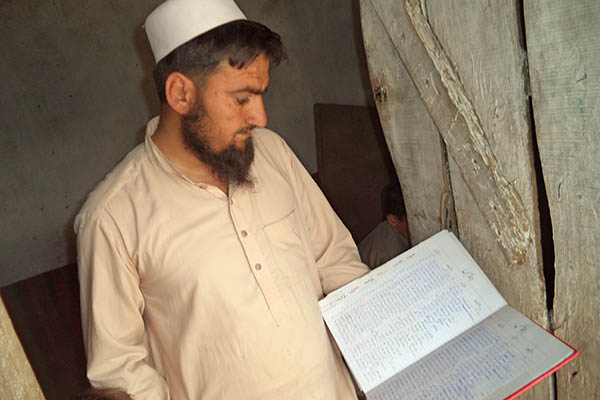 Saeed Aagha, the refugee who started his own school at an informal settlement in Islamabad. Photograph by Mahwish Qayyum

Few and far between

According to Aagha, his was the second school operating in the I-12 settlement as one institution was insufficient to handle the large number of children who reside there. “The other school provides free-of-cost education and works in two shifts but it lacks space,” he tells Newsweek. “My school had hoped to ensure a better future for the children of refugees living in Pakistan. We charged Rs. 50-100 per student depending on the financial resources of their families,” he adds. However, even this fee structure was too high for some, with some students unable to even meet the Rs. 50 threshold. “Closing the school was heartbreaking and puts the future of these children at risk.”

Part of the problem may have been lack of public awareness. Qaiser Khan Afridi, spokesperson for UNHCR Pakistan, said he was unaware that any refugee had started a school at a settlement. Lack of resources, he admits, has resulted in several stop-and-start projects that make educating refugee children a daunting task.

According to Afridi, the I-12 settlement comprises 3,424 refugees, including 2,136 children. Between May 2010 and June 2012, the non-governmental Hashoo Foundation funded formal and non-formal education for children of the settlement. During these two years, over 500 boys and girls were provided primary education, while around 180 men and women received technical training. Much like Aagha’s school, however, it too was forced to shutter due to funding constraints.

The next project striving to provide education was launched in June 2013, says Afridi. “Local partner Ranrra ran that institution. Around 100 children were enrolled there. However, it closed in 2014,” he adds.

The third project launched a few months later. “In 2014, the American Refugee Committee (ARC) International’s Pakistan chapter launched the ‘Khair Khaigra’ project,” says Afridi. The Integrated Community Development Initiative was established in a village about 1km from the I-12 settlement and offered basic and short computer courses and a 3-year primary education accelerated learning program. According to Afridi, around 75 children from I-12 attended that school but the distance and lack of space prevented the majority from availing it. The project was discontinued in 2016.

The fourth project, which is still operational, was another ARC initiative. Launched in 2015, it comprises a community school within the I-12 settlement. Currently, 170 children—100 boys and 70 girls—are enrolled there. However, says Afridi, it has only four classrooms and lacks the space to provide education to all 2,136 children of the settlement despite operating in two shifts.

Another option, a government primary school located around 1km from the settlement, is too far away for younger students and also lacks the resources to accommodate more than 150 children. Afridi says 73 Afghan children are currently enrolled there.

For Aagha, the worst part about his school’s closure is how many students it has left in the lurch. “We had 400 students—350 girls and 50 boys—and I am now very worried about their future. I taught at the school in addition to founding it” and am aware of their situation, he adds. This was the first time in the history of Pakistan that an Afghan refugee started a school in a settlement, he says, “we just didn’t have the resources to continue.”

Please don’t give up, restart your effort by calling more of NGOs who are expert in educational field.