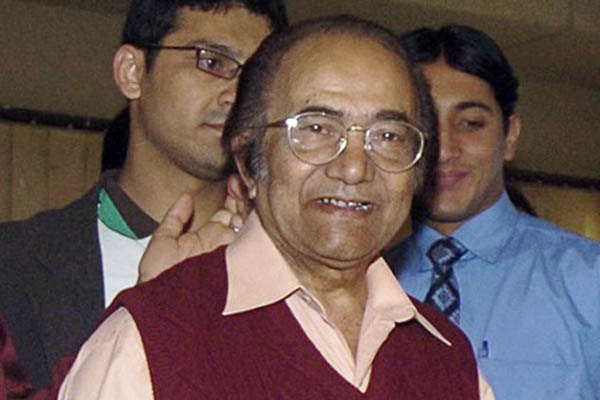 The 81-year-old record holder for longest Test innings was known by fans as ‘Little Master.’

Former Pakistani batsman Hanif Mohammad, who compiled the longest innings in Test history, died on Thursday at a Karachi hospital after a prolonged illness, doctors said.

The 81-year-old was famous for his dogged batting in Pakistan’s nascent years in international cricket, having opened as a schoolboy for the country’s first Test against India in Delhi in 1952.

Short in stature Mohammad—one of four brothers who played for Pakistan and a former national team captain—hit 337 in a marathon and still unsurpassed 970-minute stay at the crease against the West Indies in Barbados in 1958. That record earned him the epithet of “Little Master,” which stayed with him for an illustrious 55-Test career that lasted until 1969.

He surpassed Donald Bradman’s record for the highest first-class innings, scoring 499 for Karachi against Bahawalpur in January 1959—a record which stood until 1994 when West Indies great Brian Lara made 501 not out for Warwickshire against Durham at Edgbaston in England’s County Championship.

Intikhab Alam, the manager of the Pakistan team currently touring England, paid tribute to former teammate Mohammad after close of play on Thursday’s first day of the fourth Test at The Oval in south London. “This is a sad day for Pakistan cricket,” said Alam, who made his Test debut alongside Mohammad in 1959, in a Pakistan Cricket Board statement. “Hanif was a great batsman, a valued team-mate and a wonderful person. He was a great servant to Pakistan cricket.”

Misbah-ul-Haq, the current Pakistan captain added: “The team’s prayers are with Hanif and his family. He was a legend of the game in Pakistan and an inspiration to our current generation of cricketers.”

Earlier, the International Cricket Council (ICC) said Hanif had made an “enormous” contribution to the game. “Hanif took batting to great heights and many batsmen drew inspiration from him… one can only imagine the kind of impact his batting had on others over the years,” ICC chief executive David Richardson said in a statement.

Mohammad died while under treatment at the private Aga Khan hospital after suffering multiple breathing and liver problems, having undergone an operation for liver cancer three years ago. “Hanif has been declared as dead just now,” a hospital spokesman confirmed to AFP.

Earlier in the day, local media reported that Mohammad had died before he had officially been declared dead by the hospital. Hospital sources said that Mohammad’s heart had stopped for some minutes in the afternoon, but that a team of doctors revived him before he died hours later in the evening.

Mohammad’s three brothers—Wazir, Mushtaq and Sadiq, as well as his son Shoaib—also played for Pakistan.

The PCB and former Pakistan players also expressed their condolences. “We are saddened by the death of [the] legendary Hanif and it’s a great loss to world cricket in general and Pakistan cricket in particular as he was an icon who served the country in its early years,” said a PCB statement.

Former Pakistan paceman Wasim Akram said he was saddened by Mohammad’s death. “He was seen as the pioneer of Pakistan cricket and his death has left a big void… as he was always willing to pass his advice to youngsters and I also benefited from him in my early days,” Wasim told AFP.