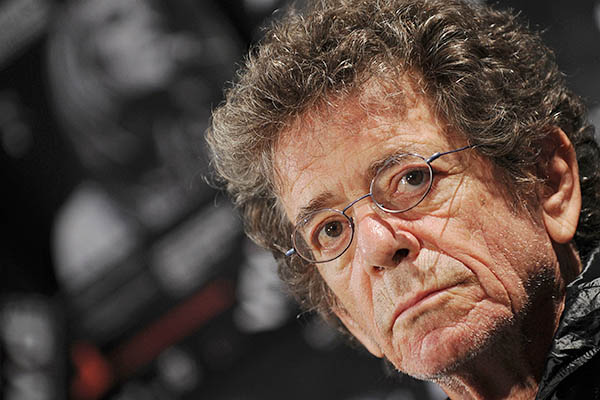 Songwriter and musician Lou Reed, one of the most influential U.S. rockers in decades, died Sunday of complications from a recent liver transplant. He was 71.

Seen as the godfather of punk, Reed and the Velvet Underground—the band he formed with Welsh musician John Cale in 1965—influenced generations of rock bands such as The Who, R.E.M., Nirvana and Sonic Youth among others.

“Lou Reed’s influence is one that there are really only a tiny handful of other figures who you can compare to him,” said Simon Vozick-Levinson, a senior editor at Rolling Stone, which first reported Reed’s death. “He spoke incredibly frankly about the realities of being an artist, being a person who lived life on one’s own terms. He didn’t prettify things. He didn’t sugarcoat things. He showed life as it really is, and that’s something that made him a true original, and one of our great all-time artists,” he said.

Reed’s literary agent Andrew Wylie said the singer-songwriter died on Long Island, close to the borough of Brooklyn where he was born.

“The reason was complications following the liver transplant,” said Wylie, referring to the operation Reed underwent in May, without which his family said death was certain given how poor his condition had become.

The Velvet Underground was well regarded though not particularly successful commercially during the 1960s.

Warhol became the group’s manager in 1965, and they provided music for his multimedia roadshow the Exploding Plastic Inevitable, and became the house band at his famed New York studio, The Factory.

“The Velvet Underground & Nico,” featured the pounding beat of “I’m Waiting for the Man,” and the much slower “Heroin,” which was regarded as a dark testament to the drug’s extraordinary power over its users.

Singer and guitarist Lenny Kravitz tweeted in tribute: “Lou, rest in peace on the wild side.”

“The world has lost a fine songwriter and poet … I’ve lost my ‘school-yard buddy,’” musician Cale wrote on his website.

British rockers The Who posted to their official Twitter account: “R.I.P. Lou Reed. Walk on the peaceful side,” while Hollywood stars also wrote messages of condolence. “NY lost one of its originals with Lou Reed’s passing. So sad. RIP,” tweeted actress Susan Sarandon.

Reed left the Velvet Underground in 1970, and many regard his solo works as even greater achievements.

Transformer, produced by David Bowie, in 1972, included “Perfect Day,” and “Walk on the Wild Side,” arguably his best-known song, an ode to the underground sex- and drug-fueled lifestyle of a cross-dresser, with brooding lyrics and a thumping drum-and-bass shuffle.

But for all the accolades, not everyone was a fan of Reed’s work.

He infuriated critics—as well as some of his dearest fans—when he released in 1975 his Metal Machine Music, a 65-minute noise opus drenched in guitar feedback deemed unlistenable by most who heard it. In 1979, Rolling Stone magazine derided it as “ear-wrecking electronic sludge.”

An admitted heavy drinker and drug user, Reed adopted a cleaner lifestyle in the 1980s and even began the practice of Tai Chi. The ageing rocker however remained cool as ever in the eyes of music aficionados, often seen decked out in leather sipping chamomile tea.

Reed enjoyed something of a renaissance in 1996 when “Perfect Day,” his 1972 hit was used in Trainspotting, the Edinburgh-based film about heroin addiction, which spurred success for its then little-known leading actor, Ewan McGregor.

A special version of the song, featuring Reed at the start but filled with the voices of Bono of U2, David Bowie, Elton John and other stars, went on sale as a charity single the following year in Britain and it topped the charts for three weeks.

The Velvet Underground was inducted into the Rock and Roll Hall of Fame in 1996.

Reed had in recent years toured with Metal Machine Trio, a group he formed in 2008 with two other artists and whose stage performances were always improvised.

Reed underwent the transplant after his wife, the artist and musician Laurie Anderson, said he was dying of liver failure, a condition which she later remarked that her husband could never fully recover from.