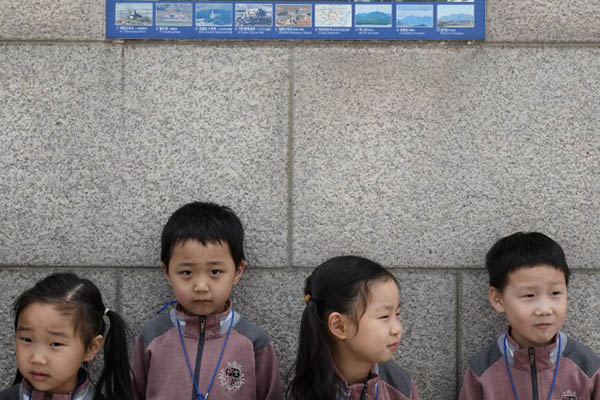 Controversy in South Korea over ban on corporal punishment at home

A law allowing South Korean parents to physically discipline their children is to be scrapped, authorities said, prompting controversy in a country where hierarchical family values still predominate.

Reporting of child abuse—including neglect and emotional abuse as well as physical or sexual assaults—rose more than 10-fold between 2001 and 2017 to 22,386 cases, with 77 percent of the perpetrators known to be the victims’ parents. “More in our society agree that child abuse is a serious social problem,” Seoul’s Welfare Minister Park Neung-hoo told reporters. “But many are still lenient about corporal punishment. The ministry is to change this perception.”

Parental rights to physically discipline their children will be removed from the country’s civil code, he said, where they have been stated since 1960. Physical punishment was also allowed in schools until 2010.

Lee Kyung-ja, head of a conservative group of parents, was adamantly opposed to any change. “I’m going to continue beating my kids even if it requires writing a contract with them,” she told AFP. “I’ll refuse to give them food and pay for their tuition if they don’t listen to their parents—this is how I’ll re-establish my rights as a parent.”

South Korean children have been repeatedly cited as the least happy in the OECD group of developed countries, facing a high-pressure education system and deeply rooted traditional values, which emphasize obedience and respect towards parents and authority figures. That makes young victims of domestic violence especially vulnerable, as filing a complaint or publicly criticizing a parent can be considered a disgrace—or even a “sin against heaven.”

With few facilities for abuse victims, many parents facing prosecution have their charges dropped as there is no-one else to care for their children, said youth rights activist Kang Min-jin.

Earlier this year a 12-year-old girl who had reported abuse by both her biological father and her stepfather to police was murdered by the stepparent. “Many Koreans still view as their children as their properties, rather than separate human beings who have their own set of opinions and judgment,” said activist Kang.

But Lee Hee-bum, who leads the conservative Freedom Union group, said the government decision amounted to state interference in personal and family lives. “One should be able to decide how to parent his or her kids independently,” he said.