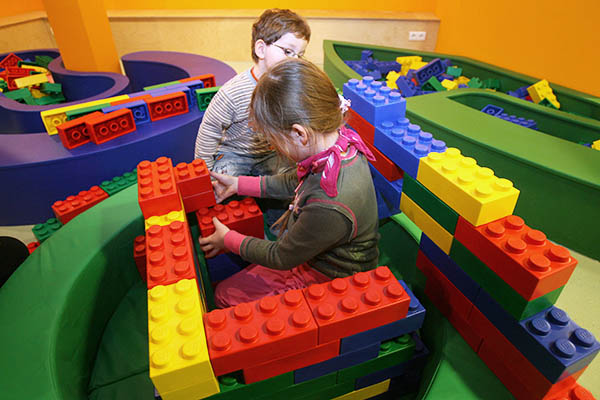 First-half sales rose 11.0 percent to $2.03 billion. Performance was boosted by the Lego Movie product line, which was launched together with the group’s eponymous feature film earlier this year.

“It is too early to say if the strong performance will be reflected in the full year results,” chief financial officer John Goodwin said in a statement. “The majority of Lego sales to consumers happen in the second half of the calendar year in a short time span of a few weeks leading up to the holiday season,” he said.

Net profit rose 14 percent to $468.9 million, also putting it ahead of Mattel, which reported disappointing first-half results in July as sales of Barbie continued to decline.

Lego is looking to grow in Asia, where sales are relatively small compared to sales in the mature markets of Europe and North America. “China saw the most significant growth in consumer sales in the region by more than 50 percent,” the company said.

In April, the Billund-based company opened a new office in Shanghai and began building its first Chinese factory in Jiaxing.

The colorful toy blocks have proved resilient to the rise of digital devices, which is battering the traditional toy industry. But Lego has also been adept at using different channels to engage with children. The group has allowed partners to develop branded video games, and the products are hugely popular on YouTube, where users show off their own Lego creations.

Earlier this year the company announced a globalized management structure that would allow it to tap into greater talent pools and bring it closer to developing economies. “There is a huge potential in Asia, and we are still learning and in the process of building our capabilities in the region,” chief operating officer Bali Padda said.

When Joergen Vig Knudstorp took the helm at the privately held company a decade ago, former chief executive Kjeld Kirk Kristiansen—grandson of its founder and Denmark’s richest man—had just injected 800 million kroner of his own money.

Since them it has moved out of non-core businesses where it had little expertise, such as clothing, and shifted production into “mid-cost” countries such as Hungary and the Czech Republic.

The Legoland theme parks were spun off and merged with Merlin Entertainment, the private-equity backed owner of Madame Tussauds. “Our revenue in the first half of 2014 has more than tripled compared to first half year revenue six years ago, in 2008,” Knudstorp said.

Lego City, product sets based on city life, Creator, with a focus on creative construction, Technic, which creates more advanced models, and the Star Wars range all continued “to deliver very strong growth globally,” he said.

Trump Scraps Denmark Visit After Greenland Not for...