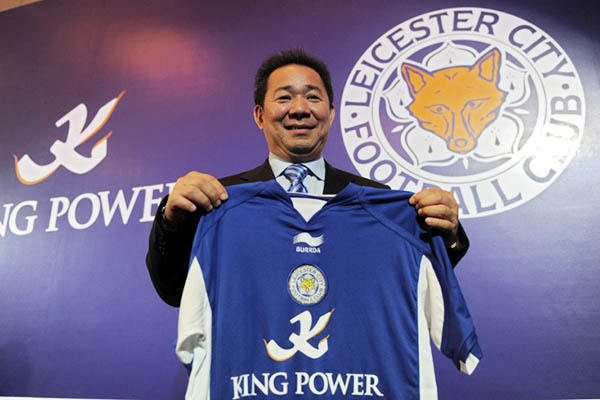 A video obtained by Britain’s Sunday Mirror newspaper allegedly shows defender James Pearson, 22, the son of the club’s manager Nigel, naked in a hotel room. It shows him with striker Tom Hopper, 21, and goalkeeper Adam Smith, 22, who appear to be shown lying naked in a bed laughing as the video is filmed.

The Sunday Mirror said the players from Leicester, a club now owned by the Thai father and son combination of businessmen Vichai and Aiyawatt Srivaddhanaprabha, allegedly filmed Thai women engaged in explicit sex acts in a hotel room. The paper also said one of the players appeared to call a woman “slit eyes” a racially abusive term when applied to people of Asian origin.

The video was said to have been shot while Leicester were touring Thailand as they celebrated avoiding relegation from the lucrative Premier League. Leicester subsequently said the three players were returning home early ahead of the rest of the squad and that they were “deeply concerned” by their behavior.

“Our players at every level are expected to behave as representatives and ambassadors for our football club, both on official club duty and in their personal lives, so we treat their conduct extremely seriously,” said a Leicester statement. “Tom Hopper, James Pearson and Adam Smith would like to convey their sincere apologies for their behavior—to the women involved in the incident, to the club and its owners, to the club’s fans and to their families.”

The statement added: “A formal process of investigation will be undertaken with the players in conjunction with their representatives and, as such, no further comment can be made at this stage. Leicester City remains wholly committed to promoting equality in football and in wider society and to our players recognizing their responsibilities as role models to young people.”