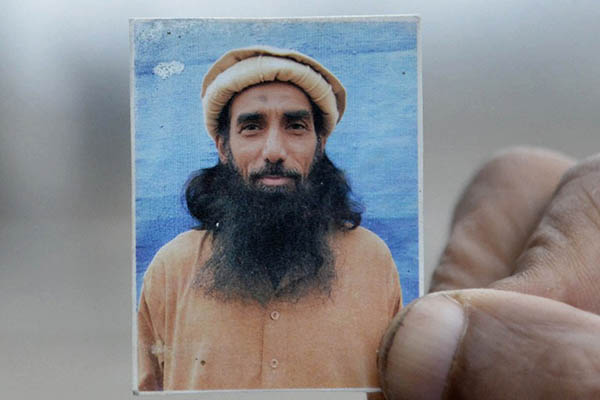 Ikramul Haq’s family made a deal under which militant group will pardon two Shia convicts and Shias will pardon three other Lashkar-e-Jhangvi men.

Authorities in Punjab on Thursday cancelled the hanging of a convicted sectarian militant after the victim’s family pardoned him, officials and a family member said.

The case is seen as a test of the government’s plan to execute convicted terrorists in the aftermath of a school massacre that claimed 150 lives in the country’s deadliest terror attack. The stay of execution came as a roadside bomb killed four Pakistani security officials in a region where the military has been battling Taliban and Al Qaeda militants for more than a decade.

The pardoned militant, Ikramul Haq, is a member of banned Sunni militant Lashkar-e-Jhangvi who was sentenced to death by an anti-terror court in 2004 for killing a Shia Muslim three years earlier. He was to be hanged in Lahore early Thursday but his family reached a deal with the victim’s relatives on Wednesday night, said Haq’s lawyer, Ghulam Mustafa Mangan.

Murder can be forgiven under Pakistani law in exchange for blood money, while rival militant groups may chose to pardon each others’ convicted killers. “The hanging was cancelled after we reached a compromise with the complainant’s family. They have pardoned my client,” Mangan said.

Under the compromise Lashkar-e-Jhangvi will pardon two Shia convicts and Shias will pardon three other Lashkar convicts languishing in different jails of Punjab for sectarian killings, he said.

Altaf Hussain Shah, a representative of the local Shia community, confirmed the deal. Ehsanul Haq, brother of Ikramul Haq, also confirmed the cancellation of the hanging.

A senior prison official also confirmed the move, adding: “A magistrate has recorded the statements and the execution has been stayed. Now the court will decide whether the person [should] be acquitted or not.”

Pakistan last month lifted a six-year moratorium on the death penalty in terror cases, and has so far executed nine people. Pakistani officials have said they plan to hang 500 convicts in the coming weeks, drawing protest from international human rights campaigners.

Separately, a roadside bomb ripped through a vehicle carrying three paramilitary troops and a policeman in the Kurram tribal district, highlighting the parlous state of security in the region.

“An improvised explosive device planted along the roadside went off as a vehicle of paramilitary Frontier Corps passed by, killing three FC men and one local tribal police official,” a senior government official said.

The attack took place in the Thal area of the Lower Kurram tribal district along the Afghan border, which is rife with Taliban attacks and violence between Shia and Sunni Muslims.