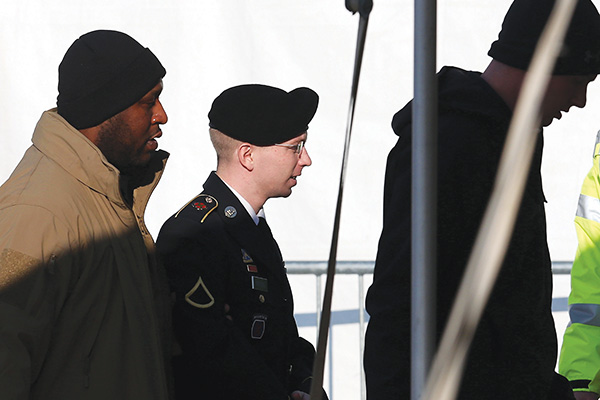 Why Obama should go easier on them.

On June 3, a military court-martial will begin for Bradley Manning, a U.S. Army private who was arrested in 2010 for carrying out the largest leak in U.S. history. The trial begins at a moment when the Justice Department is under fire for its aggressive conduct during two leak investigations that recently became public. In one case, it seized the phone records of Associated Press reporters; in the other, it targeted Fox News reporter James Rosen as a coconspirator in a leak investigation against one of his sources, a contract employee at the State Department.

There are important differences among these cases, of course. Bradley Manning was bound by his oath as a soldier to protect sensitive information, whereas the AP and Fox both have a professional duty to seek out news that is often shrouded in secrecy. Still, all three cases point to an underlying truth about Barack Obama: he has gone to great lengths to stifle unauthorized sources of information about his foreign policy.

George W. Bush, of course, also waged a secretive war on Al Qaeda. But despite his disagreements with the press—for instance, he tried to persuade The New York Times not to expose a far-reaching National Security Agency program to track phone calls inside the United States—his administration never went so far as to suggest that reporters themselves might be committing crimes by doing their jobs. Yet that is what Obama’s Justice Department did in the Rosen case.

Obama now appears to understand the problem with treating reporters this way. During a major speech about the war on terror, he said he was instructing the Justice Department to review its guidelines for investigating journalists. “I’m troubled,” Obama said, “by the possibility that leak investigations may chill the investigative journalism that holds government accountable.”

According to Ben Wizner, director of the ACLU’s Speech, Privacy & Technology Project, the chilling effect is more than just a possibility. “There is no question a chill has already occurred largely as a result of the Holder Justice Department’s unprecedented investigation of journalists and their sources,” he says.

Going forward, if Obama really wants to address the problem, he will need to reconsider not only how his administration treats reporters but also how it treats the officials who leak unauthorized information. Yes, sometimes the government has reason to investigate and prosecute leakers. But without leakers, the public might never get a second opinion on what the government tells us about its most secretive actions.