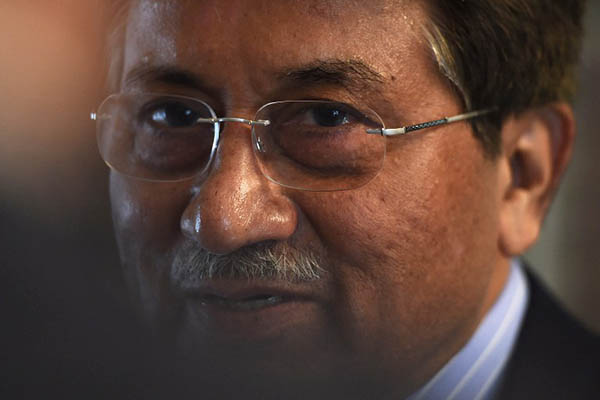 In it’s ruling on a petition filed by Musharraf, a three-member bench of the LHC also ruled that the treason case that had been filed against the military dictator was not prepared according to legal requirements.

Last month, a special court sentenced Musharraf to death. The ruling came six years after the former president was charged with high treason by the Pakistan Muslim League (Nawaz)-led government in 2013. Following the verdict, Musharraf had filed petitions before the LHC, asking for the verdict to be set aside for being “illegal, without jurisdiction and unconstitutional.” A three-member bench comprising Justice Syed Mazahar Ali Akbar Naqvi, Justice Mohammad Ameer Bhatti and Justice Chaudhry Masood Jahangir had taken up the case.

During proceedings, Additional Attorney General Ishtiaq Khan told the court, on behalf of the federal government, that the decision to charge Musharraf had not been included in the cabinet agenda, as required after the passage of the 18th Amendment.

The court, meanwhile, suggested that the act of declaring an emergency was not equal to “suspending or abrogating” the Constitution, with one judge saying there are existing provisions for “emergency.” The bench also noted that if an emergency were imposed under Article 232 of the Constitution—which allows the President of Pakistan to declare a state of emergency—it would be in accordance with the Constitution.

According to the AAG, the 18th Amendment had included the suspension of the Constitution in Article 6 of the Constitution, thereby making such a declaration illegal from that point on. The bench asked the government’s counsel to clarify if any person could be punished for an offense committed before the relevant legislation had been passed. “An offense committed in the past cannot be punished after new legislation,” the AAG said.

Musharraf’s high treason verdict was met with condemnations from both the federal government, led by the Pakistan Tehreek-e-Insaf, and the armed forces. The government had pledged to aid in the former Army chief’s appeals process, while the spokesman of the armed forces had questioned how a professional soldier who had fought several conflicts for Pakistan could be declared a “traitor.”

Even to a lay person the reasons given by this last set of judges to justify the illegitimate actions of the former dictator sound unconvincing.

What a shame! The ugly face of mafia including pliant and compliant judiciary is manifest. A trial of those judges who ordered this ultra constitutional special court is in order no matter how. All sane voices must demand that.