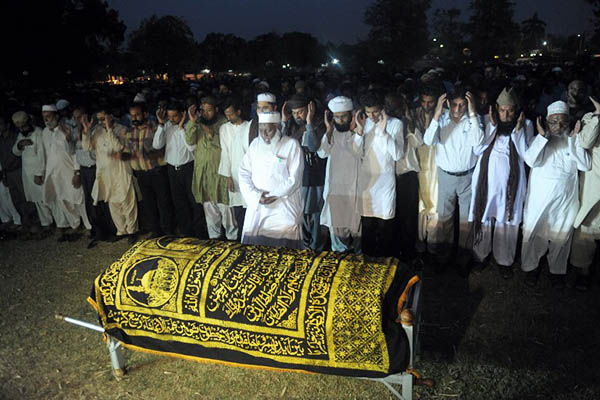 Mohammad Shakil Auj was the dean of Islamic Studies at the University of Karachi.

A professor of Islam known for his liberal religious views was shot dead in Karachi on Thursday, officials said.

Mohammad Shakil Auj, the 54-year-old dean of Islamic Studies at the University of Karachi, was gunned down in his car while on his way to an Iranian cultural center where he was invited as a guest of honor. His car was being driven down a ramp from a flyover, when “bullets were fired, one hit the professor in the head and he died,” said senior police officer Pir Mohammad Shah. Another bullet struck Profesor Auj’s junior colleague, whom police identified as “Amna,” in the arm, wounding her.

Auj, a recipient of a presidential medal of distinction, was known for his unorthodox views and was fighting a court case against his predecessor whom he had accused of circulating a text message that called him an apostate.

The professor was known for issuing controversial fatwas—pronouncing for example that a Muslim woman could marry a non-Muslim man, and that women need not remove lipstick or nail polish before saying their prayers. Such views can cause serious offence to some conservative Muslims.

“We would tell him to be cautious as he was very aggressive in promoting his liberal views regarding the religion,” said Professor Tauseef Ahmed Khan, an old friend, and chairman of the Mass Communications department of the Federal Urdu University.

University students meanwhile held a protest inside the campus, demanding the arrest of Auj’s killers. They held placards that read: “The murders of teachers is a murder of the whole society,” and “Security should be provided to the teachers.”

The university will remain closed for three days of mourning.