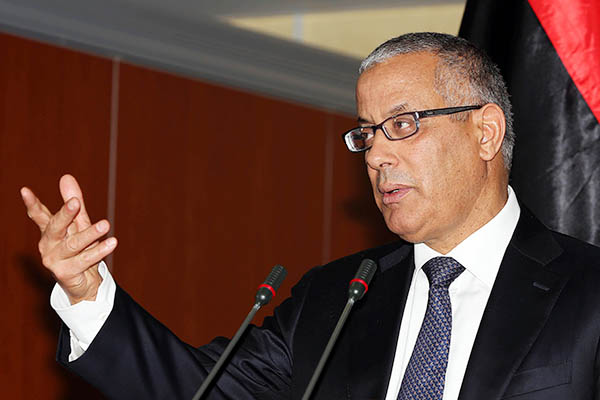 Ali Zeidan is believed to have been abducted by former rebels, according to sources in the government.

Libyan Prime Minister Ali Zeidan was kidnapped from his Tripoli hotel at dawn by armed men on Thursday and taken to an unknown location, the government and sources said.

The abduction comes five days after U.S. commandos embarrassed and angered Libya’s government by capturing senior Al Qaeda suspect Abu Anas al-Libi off the streets of Tripoli and whisking him away to a warship.

“The head of the transitional government, Ali Zeidan, was taken to an unknown destination for unknown reasons by a group” of men believed to be former rebels, the government said in a brief statement on its website. A source in the premier’s office said Zeidan had been kidnapped from Tripoli’s Corinthia Hotel, where he resides.

“A large number of armed men entered the place very early on Thursday. But we did not know what was happening,” said a hotel employee, speaking on condition of anonymity. Justice Minister Salah al-Marghani confirmed the information but gave no further details.

Two years after the revolution that toppled dictator Muammar Gaddafi, the country’s new authorities are struggling to rein in tribal militias and groups of former rebels who spearheaded the uprising. The government statement said it suspected two groups of ex-rebels, the Chamber of Revolutionaries and the Brigade for the Fight against Crime, which in principle fall under the defense and interior ministries, of being behind the abduction.

The cabinet and the General National Congress, Libya’s top political authority, were dealing with the situation, the statement said, while calling on citizens to remain calm.

U.S. State Department spokeswoman Jennifer Psaki, travelling with Secretary of State John Kerry in Brunei, said on Thursday Washington was seeking more information. “We are looking into these reports and we are in close touch with senior U.S. and Libyan officials on the ground,” she told reporters. “We are working to determine more details. Our embassy staff is safe in Tripoli. We have no further details at this time.”

Zeidan, who was named prime minister a year ago, had on Tuesday condemned the U.S. raid and insisted that all Libyans should be tried on home soil.

The General National Congress has demanded that Washington “immediately” hand back Libi, claiming his capture was a flagrant violation of the country’s sovereignty.

Libi—real name Nazih Abdul Hamed al-Raghie—was on the FBI’s most wanted list with a $5 million bounty on his head for his alleged role in the 1998 twin bombings of two U.S. embassies in East Africa. He is reportedly being held aboard a U.S. Navy ship in the Mediterranean.

U.S. President Barack Obama said on Tuesday Libi was involved in plots that killed hundreds of people and will be brought to justice. Vowing that America will continue to hunt down regional terror groups, Obama said Libi “helped plan and execute plots that killed hundreds of people, a whole lot of Americans. We have strong evidence of that. And he will be brought to justice.”