Life in the Shadows 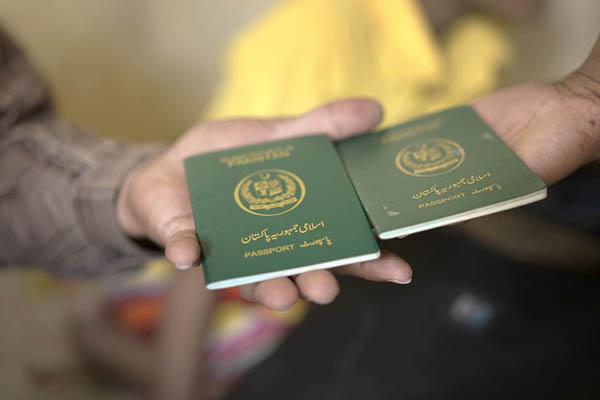 His family of seven shares two small, squalid rooms in a cockroach-infested Bangkok apartment. But like many Pakistani Christians living illegally in Thailand, Farooz’s sharpest worry is not poverty but arrest.

There is no safe return to the homeland they fled due to religious persecution, where Islamist invective surged higher last week after the release of Aasia Bibi on blasphemy charges.

Christians make up less than two percent of Pakistan’s Muslim-majority population, but are the sporadic targets of hardline Islamists. Churches have been bombed while pernicious charges of blasphemy are easily pinned on the group, often to settle personal scores.

Mass protests against last week’s pardon of Aasia Bibi—a Christian woman on death row since 2010 over allegations of insulting Islam—have put conditions for the minority in Pakistan back under the spotlight. It has also reminded those who fled, thousands of whom live in the shadows in Bangkok, what awaits if they return.

“We cannot go back, our country does not accept us, and no other country wants to take us … so we are trapped here in Thailand,” says Farooz, who gave an alias to avoid being identified by police.

Yet the minority are deprived refugee rights in Thailand, and appear increasingly unwelcome as a police crackdown takes place.

Aged 15, Farooz is erudite and multi-lingual—he speaks Urdu, Punjabi, English and Thai. But neither he nor his three younger siblings have gone to school for the last five years. Instead, they are forced to pass the days inside—unable to work legally and facing the thinly disguised scorn of their Thai neighbors.

Thailand is not a signatory to U.N. conventions protecting refugees. But it used to be a sanctuary of sorts, where relaxed visa rules allowed entry and officials could be enticed into turning a blind eye to overstayers.

Thai immigration police say they have detained dozens of the minority in recent weeks for overstaying visas or entering the country illegally. Around 70 of those detained chose voluntary repatriation—many more who were not arrested are believed to have followed.

“They have decided to return to a place where animosity towards them is at its peak rather than face indefinite detention in Bangkok,” says Wilson Chowdhry, of the British Pakistani Christian Association, which helps refugees in Thailand. “They will face persecution, some may be accused of blasphemy … none have any money or property left as they sold it to get to Thailand,” Chowdhry added.

Pakistani-Christians in Bangkok numbered around 7,400 two years ago, advocacy groups say. Now around 3,000 remain, some registered with the UNHCR, the rest living underground. Around 1,000 were resettled to “third countries” by the UNHCR or under private sponsorship schemes.

Farooz’s family came to Thailand in 2013 from Gojra, in Punjab province, the site of a pogrom by Muslim hardliners in 2009 that resulted in seven Christians being burned to death. His father says he witnessed the murder of the Christians and subsequently became a target of death threats and unsubstantiated legal claims aimed at silencing him.

The near-daily threats eventually prompted the family to leave. But in Thailand they have found themselves in an administrative bind.

With their tourist visas long-expired, the family were detained by Thai authorities in an immigration sweep in 2015. They were eventually released on bail on condition they report to the police every month. That is despite the UNHCR recognizing the family as refugees.

But bureaucracy also dogs their resettlement case. The UNHCR says it needs further documents from Pakistani authorities to put the family on the official pending list for resettlement. Yet the Pakistan Embassy in Bangkok says those documents can only be issued in the country they fled.

So Farooz and his family wait it out in Thailand, reliant on charity handouts, occasional menial work and each other. Sobbing quietly, his mother says the impermanence has worn the family down.

“I worry for children… what will happen to them without education? Where will they belong?” she says. “I want to see my mother again, my family… my home. But they will kill us if we have to go back.”