‘Light Pollution’ Dims Milky Way for a Third of Stargazers 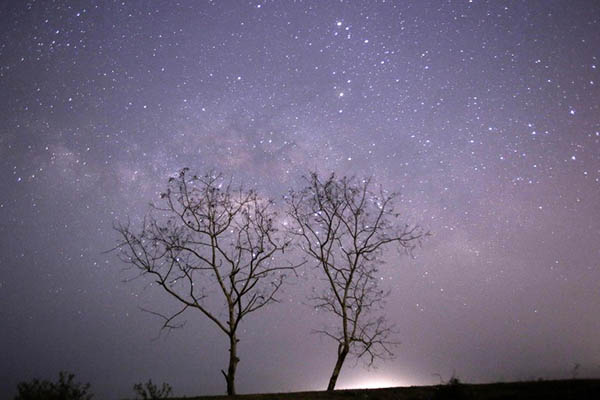 One third of stargazers around the world can’t see the Milky Way at night because of “light pollution” from buildings, street lamps and other forms of artificial illumination on Earth, according to a new study.

The nighttime glow of artificial lights used to be a nuisance mainly affecting astronomers, but in recent years the effects are being felt by casual observers of the night sky as well. “The artificial brightening of the night sky is profoundly altering a fundamental human experience—the opportunity for each person to view and ponder the sky above in evening hours,” according to the finding from the New World Atlas of Artificial Night Sky Brightness, which studies environmental pollution.

The study was published Friday in the open access journal Science Advances.

The survey of night sky brightness was created more than a decade ago by Fabio Falchi and his colleagues. The new report this week updates that original work, incorporating new tools and using newly available imaging data from a high-resolution satellite, the Suomi NPP.

Researchers from Italy, Germany, the United States and Israel joined Fabio Falchi in carrying out the research, which was conducted by the Italian Light Pollution Science and Technology Institute (ISTIL). “The new atlas provides a critical documentation of the state of the night environment as we stand on the cusp of a worldwide transition to LED technology,” Falchi said. “Unless careful consideration is given to LED color and lighting levels, this transition could unfortunately lead to a two- to three-fold increase in sky glow on clear nights.”

In addition to hampering the work of astronomers, bright nights also affect nocturnal organisms and the ecosystems in which they live, according to the study. The atlas showed that more than 80 percent of the planet lives under light-polluted skies. The figure in the United States and Europe exceeds 99 percent, the researchers found.

The survey also revealed that in some places with high levels of light pollution, such as Singapore, people never experience conditions resembling true night because it is masked by artificial twilight. Only a few patches of the nighttime sky remain unpolluted in Western Europe, including parts of Scotland, Sweden, Norway, and parts of Spain and Austria.

The study said that the countries least affected by light pollution include Chad, the Central African Republic, and Madagascar. In each of these nations, more than three-quarters of inhabitants experience a pristine, ink-black sky at night, astronomers said in the study.