Little Hope for Pakistan at Rio 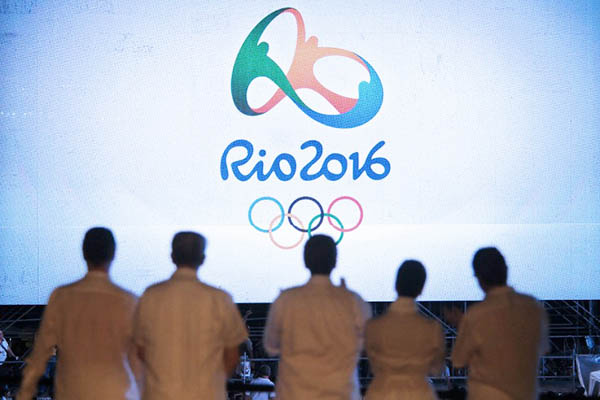 Islamabad will be represented by an abysmal contingent of seven athletes at Olympics.

When 206 nations march past during the Rio Olympics opening ceremony, a mere seven-athlete team will represent Pakistan—one fewer than the contingent sent by tiny Atlantic island Bermuda.

Despite producing world-class cricketers, hockey players and squash champions in 68 years since independence, Pakistan’s Olympic medal tally is an imperfect 10—eight in field hockey and only two individual.

The Olympics in Brazil mark the lowest ebb for Pakistan as they failed to qualify in field hockey for the first time since their maiden appearance in 1948 London Games.

Three athletes—shooters Ghulam Mustafa Bashir and Minhal Sohail, and judoka Shah Hussain, qualified by right on the “continental quota” after racking up reasonable records in various international competitions. There are also four wild cards, which are given to all the member countries by the International Olympic Association. They have been taken up by swimmers Liana Swan and Harris Banday, and athletes Mehboob Ali and Najma Parveen.

It is a far cry from the sporting glory the country once enjoyed. As recently as 1994, Pakistan held world titles in field hockey, amateur snooker, squash and cricket. But only hockey is an Olympic sport.

Pakistan’s various sports federations are not awash with cash, but neither are they starved of funds to an extent that could explain the country’s abysmal performances. Punjab, the country’s most populous province, allocated $50 million in its sports budget for 2016-17, while Khyber-Pakthunkhwa, historically home to many of Pakistan’s best athletes, set aside $17 million.

Funds are awarded haphazardly, with patronage-based hiring and inflated wages of officials swallowing significant chunks and leaving individual sports federations baffled and angry. “Funds not reaching deserving athletes and to the sport which has the potential of winning a medal is the most unfortunate thing,” said Ehsan Qureshi, a seasoned sports journalist.

Iqbal Hussain, head of the country’s boxing federation, says his organization was awarded a mere $3,000 for the qualifiers, down from $300,000 in 2012. Commonwealth games boxing silver medalist Mohammad Waseem decided to turn professional after seeing no future in the amateur games.

“We need to invest a lot of money if we want to win a medal in Olympics,” said Mohammad Inam, a gold medal winner at the 2010 Commonwealth Games in Delhi. “You can’t win on mere training, you need to compete in various competitions and through that your standard is raised.”

The biggest slump has come in hockey—where Pakistan can boast three golds in 1960, 1968 and 1984, but their last medal was a bronze at Barcelona in 1992. They finished a poor eighth in 2008 and seventh four years later.

The malaise worsened as Pakistan failed to qualify for the World Cup in 2014 and then missed out on qualifying for Rio. “It’s a big setback that our field hockey team will be missing for the first time,” said Pakistan Olympic Association President Arif Hassan. “It hurts because Pakistan hockey was such a strong team that it was our identity,” added Hanif Khan, a member of last gold medal winning team in 1984. “Today Pakistan team is out of the Olympics, we have won three Olympics and four world titles… that’s disappointing and we are to blame ourselves for this.”

But there remains a glimmer of hope. Pakistan’s best chance of a medal is Shah Hussain Shah, a judoka who won Silver at the Commonwealth Games in 2014 and whose father Hussain Shah won Bronze as a boxer in the Seoul Games in 1988. “I have trained hard in Japan and it’s my aim to emulate my father’s win,” said Shah, who lives and trains in Tokyo.