Home Lightbox Living it Up in Jail 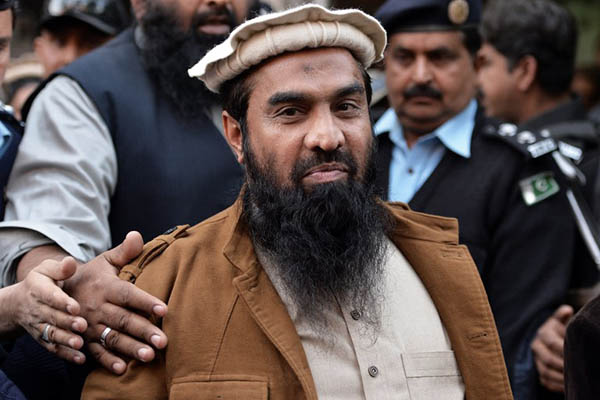 Lahkar-e-Taiba’s Lakhvi has little to fear from terror convictions, having already fathered a child during his previous incarceration

In the past year, senior members of banned militant organizations in Pakistan have been tried and sentenced on various terror charges, raising hopes that the country is finally taking action against the “strategic assets” of the past. But if the past is in any indication, their jail terms and fines are unlikely to pose any risks to their operational abilities.

On Dec. 24, 2020, an Anti-Terrorism Court found Hafiz Saeed, the alleged mastermind of the Mumbai terror attacks and the leader of the banned Jamaatud Dawa—formerly Lashkar-e-Taiba—guilty in multiple terror financing cases under the auspices of the Financial Action Task Force (FATF), sentencing him to 15-and-a-half years’ imprisonment a Rs. 200,000 fine.

Taiba has been banned in Pakistan since 2002, when its militants attacked the Indian Parliament, prompting Delhi and Islamabad to mass troops on their border, almost sparking a fourth war between the nuclear-armed neighbors. However, security analysts and officials said that despite the official ban, Taiba continued to operate freely under the banner of Dawa, which was led by Taiba founder Hafiz Mohammed Saeed. The 70-year-old Saeed has repeatedly denied any part in the Mumbai attacks, and had condemned government raids on his organization’s compound.

“The operation against jihadi organizations in Pakistani Kashmir is unwarranted and we strongly condemn it,” he said. “The government has shown signs of weakness by targeting Kashmiri organizations … India wants to crush the independence movement of Kashmir using the Mumbai attacks as a pretext,” he added.

His statement came over a decade after a U.N. Security Council committee, in 2008, designated Dawa a front for the Lashkar-e-Taiba at India’s request. Declaring it a global terrorist organization, the U.N. also branded Dawa leader Hafiz Mohammad Saeed, as well as chief of operations Zakiur Rehman Lakhvi and chief financier Haji Muhammad Ashraf as terrorists. America followed on the designation by placing a $10 million bounty on Saeed’s head.

Lakhvi is an alleged mastermind of the 2008 Mumbai attacks and a founding member of Taiba. He has worked under several aliases as the group’s supreme operational commander, with U.S. officials alleging that he directed its operations in Kashmir, Chechnya, Bosnia and Iraq.

In January 2021,-an Anti-Terrorism Court in Lahore sentenced Lakhvi to five years of rigorous imprisonment each on three counts as well as a fine of Rs. 100,000 on each count. Instead of praising the court action, India’s response sought to attribute the ruling to an attempt by Pakistan to covey a sense of compliance ahead of meetings of the Asia-Pacific Joint Group and the next Financial Action Task Force plenary in February. Their statements likely in part stem from previous claims by Pakistani officials of lacking sufficient evidence to proceed against Saeed.

In 2013, then-adviser on Foreign Affairs and Security Sartaj Aziz informed Washington that Pakistan couldn’t move against Saeed because proof of his involvement in the Mumbai attacks was lacking. However, Islamabad accepted that Taiba had been involved in the Mumbai attacks, and stressed that it was taking action against some of the accused, including Lakhvi. What Aziz failed to mention was that Lakhvi was being treated very well in a Rawalpindi jail, freely using his cellphone against prison rules, and calling up “friends” to apprise them of his frequent meetings with a newly “facilitated” wife. In October 2015, the same month that then-prime minister Nawaz Sharif was visiting Washington, India and the U.S. inked an agreement on targeting the financial network of Taiba globally.

Reports of Lakhvi, now 61, having wed in jail and even fathering a child during his incarceration only became public in 2012; Saudi Arabia repatriated Abu Jandal, alias Zabihuddin, to India and his confessional statement revealed all. According to him, Lakhvi called him from prison while he was “resting” in Saudi Arabia after training in Pakistan, and informed him that he was having the time of his life—four years after the commencement of a trial that had no end in sight in 2013.