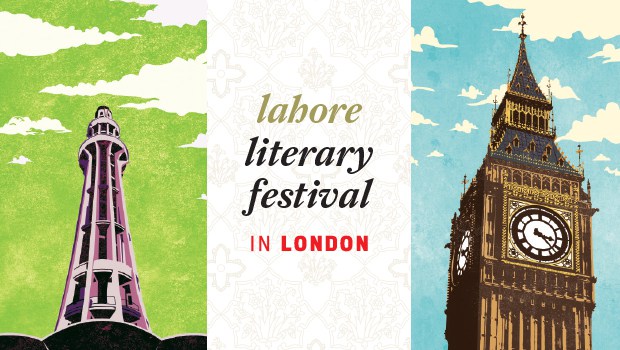 The Lahore Literary Festival (LLF) will make its debut in London on Saturday, Oct. 29, through a one-day program at the British Museum.

“After the successful debut of LLF’s New York edition in May and the success of the fourth edition of the annual festival in Lahore in February,” says Razi Ahmed, LLF’s founder and CEO, “we are delighted to be presenting an exciting program featuring some of Pakistan’s finest, along with writers and opinion makers from Britain, India, and Turkey, in London this month.”

The event is being held at the BP Theatre of the British Museum. Daylong tickets for the event cost £15 per person and can be purchased online. (The event will also be live streamed.)

LLF’s New York debut on May 7-8, as part of a three-year partnership with Asia Society, was also ticketed, and sold out. LLF in New York 2016 was the first Pakistani literary festival to take place abroad. LLF’s free, fourth annual home edition took place on Feb. 20 and 21. Since its debut in 2013, the festival has garnered national and international acclaim. The New York Times has called it “a wonder of creativity, eclecticism, ideas and dialogue” and the BBC has cited it as “a celebration of a Pakistan open and engaged with the many ideas of many worlds.”

The #LLFLondon program, which may be subject to change, is as follows:

Back to the Blackboard
Transforming education and Pakistan’s state schools
Seema Aziz with Peter Oborne
2:45 – 3:15 p.m.

Back to the Future
Literature in the age of Brexit and beyond
Aamer Hussein, Ruth Padel, and Shazaf Haider with Ananya Jahanara Kabir
6:30 – 7:15 p.m.

LLF, founded in 2012, is a nonprofit initiative incorporated in Pakistan under the Societies Registration Act, 1860. To stay current on the program and for more information, please visit the LLF website. You can also stay updated through LLF’s Facebook page and/or Twitter feed.