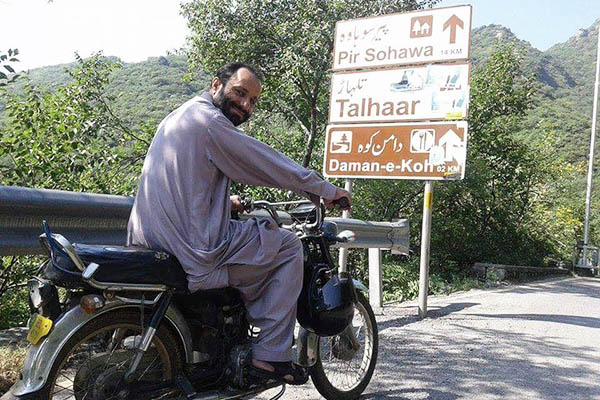 Unidentified gunmen killed local journalist Zaman Mehsud on the outskirts of Khyber-Pakhtunkhwa province on Tuesday, according to police.

“Mehsud was traveling to his office when he was targeted,” says district police chief Rasool Shah, adding that the journalist had been shot seven times. According to the police official, Mehsud had been riding his motorcycle when two men opened fire on him at Tank before fleeing the scene. Shah said Mehsud had been transported to a nearby hospital and later the D.I. Khan hospital, but succumbed to his injuries.

“Police have cordoned off the region and a search operation has been started,” he added. No group has claimed responsibility for the attack so far, but the Taliban based in the region often target journalists and tribal elders accused of working against them.

Mehsud had been a journalist for 10 years and was currently working for local newspaper Nai Baat and the Karachi-based Ummat. His wife and five children, including two daughters, survive him.

“We are in a state of trauma,” said local journalist Saood Mehsud, who brought Zaman from Tank to D.I. Khan. “We [journalists] are staging a protect and are in a panic over this incident,” he said. “The region where the gunmen targeted Zaman is an extremely high security zone and such incidents are a great source of concern,” he added.