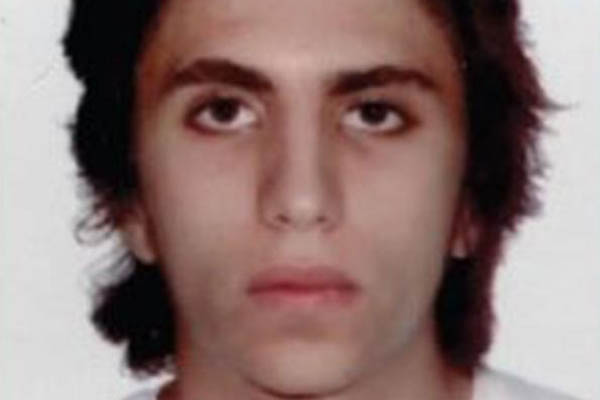 The Italian mother of London attacker Youssef Zaghba says she tried to prevent him being radicalized, “but he had Internet” and fell in with the wrong crowd in the British capital.

Zaghba, 22, has been identified as the third of the three attackers shot dead by police after their attack in London on Saturday that killed seven people and left dozens injured. A Moroccan-Italian dual national, it has emerged he had tried to join the Islamic State group in Syria last year and was notified to Britain as a suspect figure after being intercepted by Italian authorities.

His mother, Valeria Collina, a convert to Islam who is separated from the attacker’s Morocco-based father, told Italian weekly L’Espresso that she thought her son had been radicalized by a combination of online propaganda and contacts in London.

“We always kept an eye on who he was friends with and checked that he was not mixed up with the wrong people,” she told the magazine in her only interview since her son was identified. “But he had Internet and that is where everything came from. He never let himself be led by anyone, neither in Italy, nor in Morocco, where he was studying computing at the University of Fez.”

Collina said she had been concerned by the milieu in the part of east London where her son lived. “I have been there and I did not like it. He was mixing with the wrong people.”

The Italian said that her son had shown her videos about Syria before his March 2016 attempt to board a flight for Turkey, apparently with the intention of reaching its conflict-torn neighbor. “But he never spoke about going to fight there. For him Syria was a place where you could live according to a pure Islam. The way he told it was a fantasy… transmitted to him over the Internet.”

His mother added that she “always told him there were horrible things they did not show. But I wasn’t able to make him change his mind.” She said she understood why many British imams have said they are not prepared to give her son a Muslim funeral. “I understand that and I share their choice because it is necessary to send a strong political signal. Also to give a message to the victims’ families and non-Muslims. Only a mother can feel the pain of another mother. I know that nothing can be enough but I am ready to do whatever I can to bring them peace. I understand that asking to be forgiven means nothing, that’s why I promise to dedicate my life to ensuring this does not happen again. We must fight the ideology of Islamic State with true knowledge and I will do that with all my force, by teaching the true Islam and by trying to convince families to fill this void that can afflict their sons.”

Collina said she had last spoken to her son on Thursday afternoon. Neither she nor her estranged husband had been able to reach him on Friday. “With hindsight I realize now that he intended it as a goodbye call. Although he did not say anything particular, I felt it in his voice. Also because he usually sent messages, he didn’t always call. We joked about how he was going to pick me up at the airport in London. I was due to go and meet him in 10 days to celebrate the end of Ramzan together. He had just bought a new second-hand car, I asked if he was going to put little flags on it for me.”