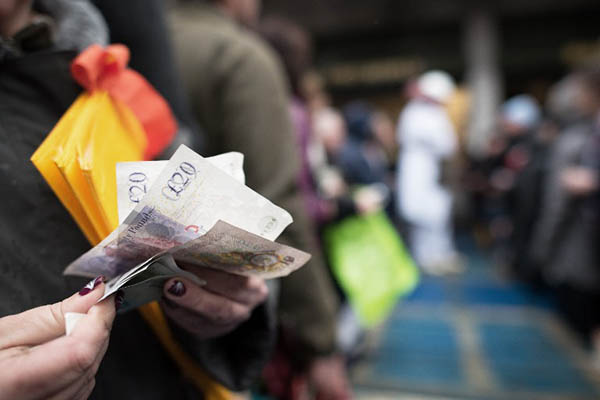 Sunday Times’ Rich List 2016 finds London has more pounds sterling billionaires than any other city in the world.

London has more billionaires—measured in pounds sterling—than any other city in the world, according to The Sunday Times newspaper’s Rich List 2016.

Some of the richest tycoons in Britain have lost vast chunks of their fortunes because of a retail slump, sinking oil prices and the steel industry crisis, the paper said. Nevertheless, the overall fortune of the 1,000 wealthiest people in Britain was higher this year—and the country boasts 120 sterling billionaires, a figure beaten only by the United States (378) and China (193), the paper said.

Publicity-shy brothers David and Simon Reuben topped the list this year, with a fortune of £13.1 billion, up £3.4 billion on last year. The Reubens, born in Mumbai to an Iraqi Jewish family, own London property and data center operator Global Switch.

They are just ahead of the industrialist brothers Sri and Gopi Hinduja with £13 billion, a figure unchanged from last year, and investor Len Blavatnik with £11.6 billion, down £1.6 billion. Steel magnate Lakshmi Mittal, who topped the list in 2008 with a Rich List record of £27.7 billion, is down to 11th place with £7.1 billion, losing £2.1 billion last year.

“The guys at the top who are feeling the pain this year are often hit by a cocktail of plunging stock markets, low oil prices and the crisis in the steel industry—sometimes by all three,” said Robert Watts, the annual list’s new compiler.

James Dyson, who invented the dual cyclone vacuum cleaner, is the first self-made Briton to reach the £5 billion barrier, ahead of Virgin tycoon Richard Branson on £4.52 billion.

Queen Elizabeth II, who turned 90 on Thursday, is the 319th richest person in her kingdom, with a wealth of £340 million. The list does not count the £11.5 billion Crown Estate property portfolio or the £10 billion Royal Collection of art and jewelry as her personal wealth.

Paul McCartney stays top of the list of rich musicians, with joint fortune of £760 million with his wife Nancy Shevell, who brings £150 million to the marriage.

Adele was named Britain’s richest-ever female musician, estimated to be worth £85 million, up £35 million from a year ago. Adele is the richest musician aged 30 or under, ahead of singer Ed Sheeran (£45 million) and the members of boyband One Direction (£33 million).

Formula One driver Lewis Hamilton is the only current sportsperson on the list, with £106 million.