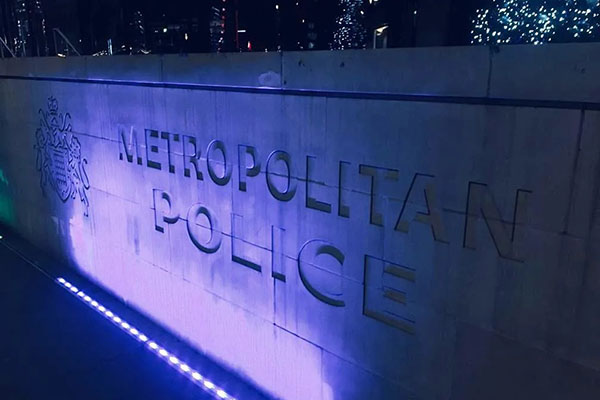 The London Metropolitan Police on Saturday identified the man who attacked people on the London Bridge as British national Usman Khan, a 28-year-old from Staffordshire whose family is of Pakistani-origin.

“We are now in a position to confirm the identity of the suspect as 28-year-old Usman Khan, who had been residing in the Staffordshire area. As a result, officers are, tonight, carrying out searches at an address in Staffordshire,” Assistant Commissioner Neil Basu said in a statement issued by police. “This individual was known to authorities, having been convicted in 2012 for terrorism offenses. He was released from prison in December 2018 on license and clearly, a key line of enquiry now is to establish how he came to carry out this attack,” he added.

Khan stabbed two people—a man and a woman—to death and left three others injured on Friday evening. The attack sparked panic across the city, as residents feared it as a precursor to a coordinated terror attack. Basu confirmed in his statement that police were not actively anyone else in relation to the attack, adding that Khan had been shot dead by police at the scene of the incident.

“The circumstances, as we currently understand them, are that the attacker attended an event earlier on Friday afternoon at Fishmonger’s Hall called ‘Learning Together.’ We believe that the attack began inside before he left the building and proceeded onto London Bridge, where he was detained and subsequently confronted and shot by armed officers,” said the statement.

According to CNN, Khan and eight others were arrested in 2010 as part of a major counterterrorism operation. Born in the U.K., Khan spent some time in Pakistan in his late teens. Upon his return to Britain, he started preaching extremism and vowed to start a “terrorist military training facility.”

Khan pleaded guilty in 2012 to charges of planning to train people at a mosque located on land his family owned in Pakistan-administered Kashmir, and he was sentenced to 16 years in prison for his role. Khan was released from prison in 2018 with an ankle monitor, police said.

Pakistan is the failed state.