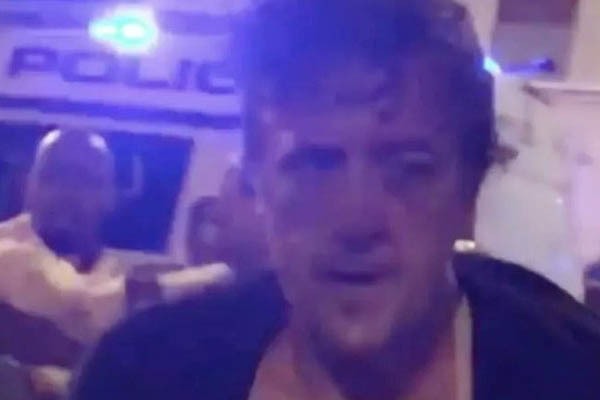 Darren Osborne will be tried for acting to harm people on the basis of their faith, differing political views

The British van driver suspected of mowing down Muslim worshippers near a London mosque appeared in court on Friday charged with terrorism-related murder and attempted murder.

Darren Osborne, 47, appeared at Westminster Magistrates Court in central London, speaking to confirm his name, age and that he had no fixed address. The Crown Prosecution Service said it would argue that Osborne, “motivated by extreme political views and a personal hatred of Muslims, acted to kill, maim, injure and terrify as many people as possible” during this week’s attack.

Osborne was wearing a white T-shirt and grey jogging pants, and appeared to have a bruised face. He will appear at London’s Old Bailey criminal court for a preliminary hearing on Tuesday.

One man died in the incident early Monday near Finsbury Park Mosque in north London, and another 11 people were injured. Immediately afterwards, an imam protected the suspect until police arrived, fearing a mob attack.

Makram Ali, 51, died from multiple injuries following the attack. He had collapsed with a leg problem and was being attended to by fellow worshippers leaving late-night Ramzan prayers at the mosque when the hired van careered into them.

Ali came to Britain from Bangladesh when he was 10. He was married with four daughters and two sons, and had two grandchildren. His family has said they were “devastated” by his death. “Our father was a quiet, gentle man,” they said in a statement.

It was the fourth terror attack in Britain in three months, killing a total of 36 people and injuring around 200. The three previous attacks were all Islamist-linked.