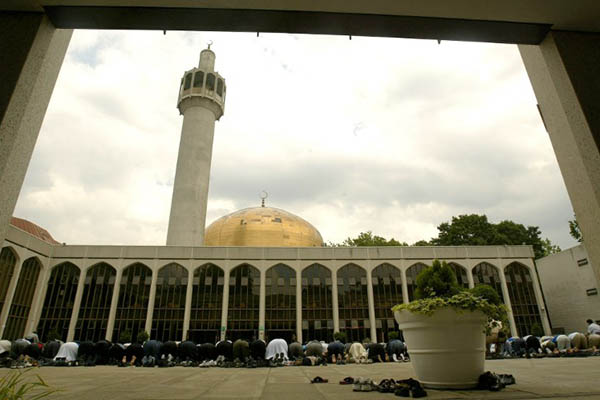 Two London mosques were given special listed status on Tuesday in recognition of their architectural and historic importance, in a move a government minister said celebrated “the rich heritage of Muslim communities in England.”

The London Central Mosque and Islamic Cultural Center in Regent’s Park, central London, and the Fazl Mosque in the southwest of the British capital were both listed as Grade II buildings by the government’s culture department.

The special Grade II status is awarded to just 5.8 percent of approximately 500,000 listed buildings in England, marking them out as particularly important sites and giving them greater protection. “By listing these beautiful mosques, we are not only preserving important places of worship, but also celebrating the rich heritage of Muslim communities in England,” said Heritage Minister Michael Ellis.

A fund to establish a central London mosque was set up in 1910, but the Regent’s Park location was only secured in the 1940s and building work was finally completed in 1977. The Fazl Mosque in the Southfields area is the headquarters of the Ahmadiyya Muslim community and was London’s first purpose-built mosque when it opened in 1926.

Although there are around 1,500 mosques in Britain, fewer than 20 percent are purpose-built according to Heritage England, which compiles the listings.

The country’s first purpose-built mosque opened in Woking, a town southwest of London, in 1889. The Shah Jahan Mosque was upgraded on Tuesday to Grade I status, a ranking shared with sites such as royal residence Buckingham Palace.