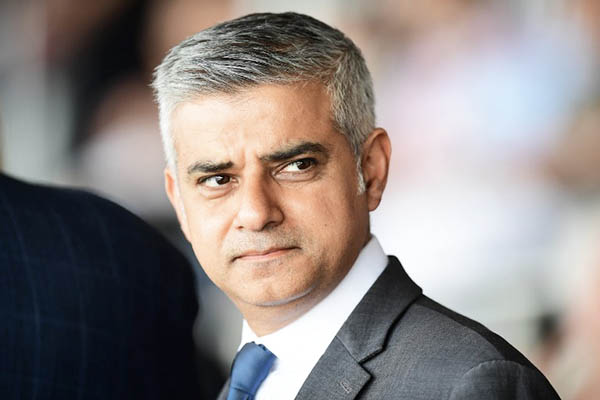 Hate crimes in the U.K. have spiked in the immediate aftermath of a vote to exit the European Union.

With yellow paint still evident on the building’s doors, tenants of a Polish community center in London on Monday described their fear after being targeted in a racist post-referendum attack condemned by Prime Minister David Cameron in parliament.

“The mood is a mixture of disgust and frightened. We’ve been here in the center since 1962 and never encountered any racism,” said Joanna Ciechanowska, director of a gallery within the Polish Social and Cultural Association (POSK) building in Hammersmith. “It is very worrying, I hear of some friends, traveling on a train, and all of a sudden the person next to them says ‘go home and pack your bags’.”

She blamed the fractious referendum campaign for raising tensions, saying “if somebody has a grain of horribleness, it brought it out of them.” The graffiti at the community center read: “Fuck You – Out” according to a receptionist.

Around a dozen bouquets had been left on the front desk, along with messages of goodwill. “We, the Brits, are very grateful to you for fighting alongside us in the war and for the enormous contribution you make to our society, we love you,” said one. “That the result of the referendum seems to have been interpreted by some as a license to express their racism and xenophobia is truly horrifying,” added another.

Cameron later slammed as “despicable” a series of racist incidents reported following Britain’s decision to leave the European Union. “In the past few days we have seen despicable graffiti daubed on a Polish community center, we’ve seen verbal abuse hurled against individuals because they are members of ethnic minorities,” said the outgoing leader. “Let’s remember these people have come here and made a wonderful contribution to our country. We will not stand for hate crime or these kinds of attacks, they must be stamped out.”

The Polish Embassy in London earlier said it was “shocked and deeply concerned” by incidents of abuse directed at the Polish community. They include the posting of laminated cards reading “Leave the E.U. – no more Polish vermin” to members of the Polish community in Huntingdon, near Cambridge, on Saturday. “We are… taking it seriously as it does represent a hate crime,” said Nick Percival from Cambridgeshire’s police force.

Other incidents were also reported on social media.

The National Police Chiefs’ Council said there were 85 reports to True Vision, an online hate crime reporting site, between Thursday and Sunday—a rise of 57 percent compared to the 54 over the same four days last month.

London mayor Sadiq Khan on Monday meanwhile placed the city’s police force on alert following the incidents. Khan said he took “seriously my responsibility to defend London’s fantastic mix of diversity and tolerance. I’ve asked our police to be extra vigilant for any rise in cases of hate crime, and I’m calling on all Londoners to pull together and rally behind this great city.”

John O’Connell, from anti-racism group Far Right Watch, said they had recorded over 90 incidents in the last three days, ranging from “verbal abuse up to physical violence.”

Finance minister George Osborne called for “unity of spirit and purpose,” and urged Britons to “condemn hatred and division wherever we see it.”

“Britain is an open and tolerant country and I will fight with everything I have to keep it so,” he said.

Conservative politician Sayeeda Warsi, who made a high profile switch to the Remain camp ahead of last Thursday’s referendum, blamed the highly-charged campaign. “Long after the political bus moves on we leave problems on our street,” she told Sky News. “I’ve spent most of the weekend talking to organizations, individuals and activists… who monitor hate crime, and they have shown some really disturbing early results from people being stopped in the street and saying ‘look, we voted Leave, it’s time for you to leave’.”

Pro-Brexit tabloid The Sun came under fire after running a story with the headline “Streets full of Polish shops, kids not speaking English… but Union Jacks now flying high again.”

Shashank Joshi, senior fellow at think-tank RUSI, called the article “absolutely vile,” claiming that the paper will “bear some responsibility for the racist incidents and assaults this encourages.”