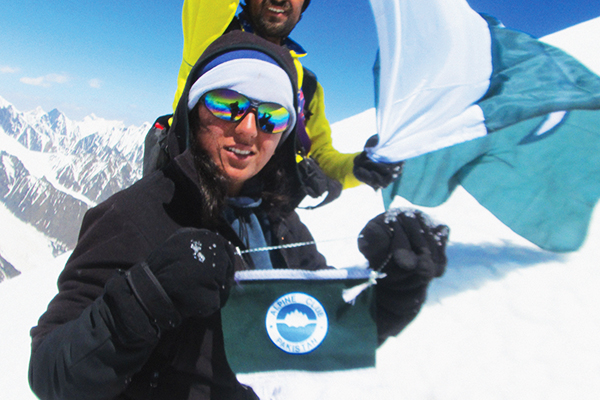 At 7:40 a.m. on May 19, Pakistan’s Samina Baig, 22, conquered Mount Everest. “Congrats Samina!” blogged Mirza Ali, her 29-year-old brother who also reached the summit with her and two Indian twins. “She is the strongest daughter of Pakistan, the pride of the whole nation,” he wrote the following day, the 51st since they embarked on their “First Pakistani Gender Equality Mt. Everest Expedition.” Ali and Baig hail from Gilgit-Baltistan and run the Pakistan Youth Organization geared at promoting adventure tourism. Their latest expedition, funded through online crowd sourcing, is also being filmed for the documentary Beyond the Heights. Baig, an art student who began mountaineering four years ago, has had her previous climbs preserved on film and aired on Pakistani television. Ali is a 12-year climbing vet. Iranian, Indian, Arab, and Bangladeshi women have previously climbed Everest. Baig is the first Pakistani woman and Ali only the third Pakistani man to reach the top of the 8,848-meter-tall mountain, the world’s highest, since it was first scaled 60 years ago. Baig hopes her feat will encourage other women to climb mountains—literally and figuratively.