Home Culture Looking Beyond the Addict

Looking Beyond the Addict 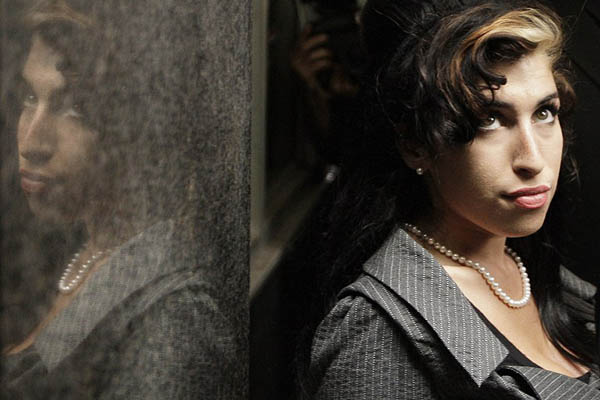 The director of an acclaimed new documentary about Amy Winehouse, which premiered at Cannes on Saturday, said he hoped the film would shatter the image of a hopeless junkie that has dogged the singer since her death.

“A lot of people said ‘Why do you want to make a film about a junkie?’” Asif Kapadia told a small group of journalists. “That’s exactly why I needed to make the film, because—what a horrible thing to say about a kid. This person was being dismissed and there was so much more going on.”

Amy uses intimate home-video footage to chart the British jazz sensation from her teenage years to her tragic death from alcohol poisoning in 2011 at age 27. Kapadia said a combination of factors triggered her decline into drink, drugs and bulimia. “It’s a lot of issues that started very young: fame, money, the industry, London. All these things coming together in a tiny little girl who doesn’t eat food,” he said.

For Kapadia, who won wide acclaim for his previous film Senna about Formula One ace Ayrton Senna, the biggest challenge was breaking through a wall of silence among Winehouse’s friends. “Most of the people had never given an interview,” he said. “They were nervous, upset, some were guilty, some were angry. A lot of them had made a pact to never speak because they were so shocked by what had happened, and that no one had stopped it. But one by one they trusted us and then they couldn’t stop. It was like therapy for them.”

Amy triggered controversy in the run-up to Cannes, with her father Mitch Winehouse complaining that it depicts him as “money-grabbing” and “attention-seeking.”

Kapadia said everything in the film had been triple-checked and that it was an honest interpretation from around 100 interviews with family and friends. “We show what was going on in her life,” he said.

But he also said the battles between different groups in Winehouse’s life made it difficult for anyone to stop her downfall. “There were different people that hated each other and she kept them separate. But they all felt they were her best friend,” he said. “They never came together for her, they were all busy fighting each other.”

But nor does the film portray Winehouse as an innocent. One of the most shocking scenes shows her elation at winning the U.S. Grammy award for best album, only to quietly tell a friend: “This is so boring without drugs.”

The production team were aware the film would trigger controversy. “A lot of people said this will never get made—they won’t let you,” Kapadia said. “In the end, we decided we have to do it for her, and all the people we had met—who are not famous, who are not loud, who don’t speak publicly. We had to show what we had found.”

Early reviews suggest it will be a resounding success, with many journalists admitting to have teared up during Saturday’s screening. The Guardian’s Peter Bradshaw gushed over the film, calling it “stunningly moving and powerful: intimate, passionate, often shocking, and almost mesmerically absorbing,” while website Indiewire described the film as “an extraordinary, powerful work.”

The film also serves as a celebration of Winehouse’s extraordinary talent that won her international acclaim, with 20 million copies sold of her second album, Back to Black. “Not many musicians earn the respect of people from every genre. She was really cool,” said Kapadia, who admitted he knew little of her work before he took on the project.

But that also meant that Winehouse had to work through her demons in the full glare of the tabloid press, and Amy serves as a savage indictment of the paparazzi who hounded her. “My favorite stuff is her filming herself and being so comfortable in front of the lens,” said Kapadia. “The journey from there to the loneliness of her looking into the paparazzi lens and being so afraid—it was a very short space of time.”