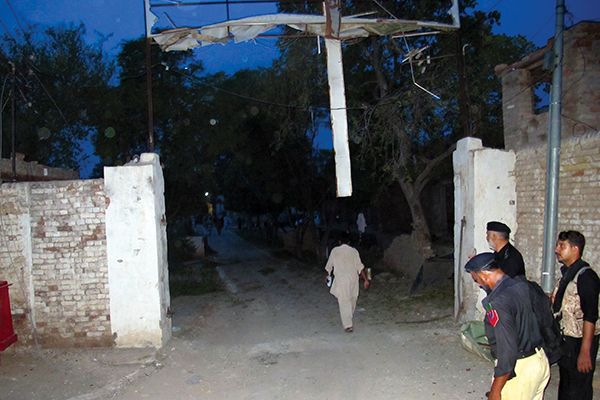 “We had sent word to the prisoners that they should be ready to fly,” says a Taliban commander about the lead-up to the July 29 jailbreak in Khyber-Pakhtunkhwa province’s Dera Ismail Khan. “Inside help is always useful.”

The attack on D.I. Khan’s central prison was the likely result of both ill preparation and complicity. “Such things don’t happen without collusion,” noted Prime Minister Nawaz Sharif. Last year, the Tehreek-e-Taliban spent some Rs. 20 million on Pakistan’s largest ever jailbreak. Much of this was used to secure assistance from insiders who helped transfer several key militants to Bannu jail so they could be broken free. The latest jailbreak, “Operation Freedom from Death,” took about Rs. 10 million and a month to plan, Adnan Rasheed, one of the men sprung by the Taliban from Bannu jail, told Newsweek on phone.

The D.I. Khan attack was sophisticated and it went unchallenged. Shortly before midnight, power lines were blown up to provide cover to some 150 heavily-armed militants—including seven standby suicide bombers—who made their way, unimpeded, to and from the city’s British-era prison in an impressive convoy of cars and motorcycles. Many of the 105 jail guards and 75 Frontier Reservists had reportedly already abandoned their posts, perhaps because of the forewarnings from intelligence agencies about the imminence of such an attack.

The attackers—some equipped with night-vision goggles, some in police uniform—used megaphones to call out the names of prisoners. They shouted “God is great” and “Long live Tehreek-e-Taliban” throughout the raid, which lasted between two and three hours. By the end, 252 of the jail’s 482 inmates had escaped. Officials now say between 41 and 47 of the freed, including four to five women who had been taken hostage, have been retrieved. At least six policemen, two militants, and four prisoners are dead, and eight people injured. The Taliban have taken between 25 and 38 most-dangerous men from D.I. Khan to the lawless North Waziristan tribal agency.

The jailbreak happened despite civilian and military personnel heeding intel warnings to chalk out emergency prevention measures. These, of course, failed spectacularly. Imran Khan, whose party governs the province, has blamed Islamabad for failing to prevent the attack, which, he belabored, was launched from tribal agencies under federal control. But he conceded, when pressed in a recent interview, that his party’s Peshawar government also bore “a little” responsibility for the security failure.

Security at jails across Pakistan is now being stepped up to prevent the undoing of years of hard work nabbing terrorists and to keep the Taliban’s ranks from swelling further. But as the D.I. Khan attack shows, that’s hardly an ironclad guarantee.