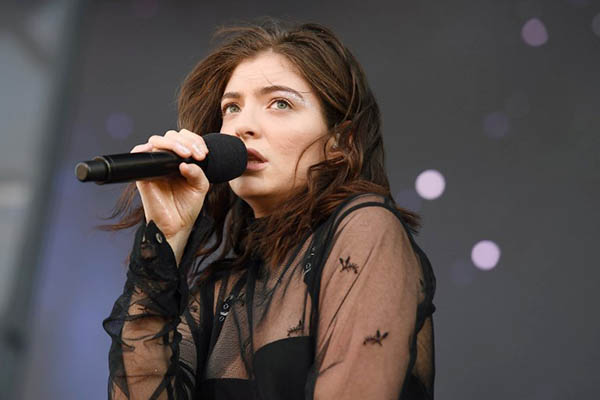 A sudden global superstar when she was still a teenager, Lorde avoided the traps of early fame. She retreated from public view and led a life of little interest to tabloids. It turns out that much has been going on for Lorde in the four years since her debut album Pure Heroine.

Her sophomore album Melodrama—which came out Friday in one of 2017’s most anticipated pop music releases—lays bare a 20-year-old Lorde who has discovered the trials of adulthood, with a relationship beginning and ending and, from the sounds of it, a lot of drinking regardless of which direction her love life was headed.

As the album’s title indicates, the New Zealander whose real name is Ella Yelich-O’Connor is fully aware that her personal tales can be over the top. “Hard Feelings Loveless” starts with an easygoing low-tempo beat reminiscent of her breakthrough hit “Royals” before building into a sinister-minded dance track, with Lorde delighting with schadenfreude at the pain she is inflicting on a former lover. “We’re L-O-V-E-L-E-S-S Generation!” she declares, in a refrain that is infectious when set to the rhythm even if it is unlikely to become a broader cultural catchphrase.

“We told you this was melodrama,” she sings elsewhere on the album. “How fast the evening passes, cleaning up the champagne glasses.”

Lorde, whose home-written track “Royals” became a viral global mega-hit in 2014, stayed in New Zealand to write much of the album but moved to New York to record it, spending a year and a half living in the metropolis where she managed to stay mostly anonymous. New York, with its hectic pace and late-night drinking haunts, provides a backdrop to the album. It also helped transition her sound as she worked on Melodrama at the home studio of Jack Antonoff, the rocker from the bands fun. and Bleachers.

After two albums, Lorde has demonstrated a favorite song structure—a low-key, generally a capella, kickoff before a steady buildup into full-effect choruses. Yet on Melodrama, Lorde also branches out more musically. The album’s opening track “Green Light”—a tale of a dying romance juxtaposed with an intensifying night out—brings on a readily danceable retro disco sound. She breaks the most ground on “Liability,” a piano ballad in which Lorde shows a new vulnerability.

Stripping away the tongue-in-cheek “melodrama” of much of the album, Lorde questions her role in the world as her voice reaches both mellifluous highs and resonant lows with a touch of rasp. In one of the album’s only possible references to the fame she has discovered, Lorde sings: “The truth is I am a toy that people enjoy / ‘Til all of the tricks don’t work anymore / And then they are bored of me.”

On “The Louvre,” Lorde and Antonoff open the song with an energetic, unadorned guitar line straight out of 1990s indie rock.

Lorde, who on “Royals” satirized the vain quest for material status symbols, returns to similar imagery on “The Louvre”—except this time it is more fully lived out, and her focus is again on love. “We’re still the greatest / They’ll hang us in the Louvre,” she sings in mock praise of a relationship, before quipping: “Down the back, but who cares—still the Louvre!”