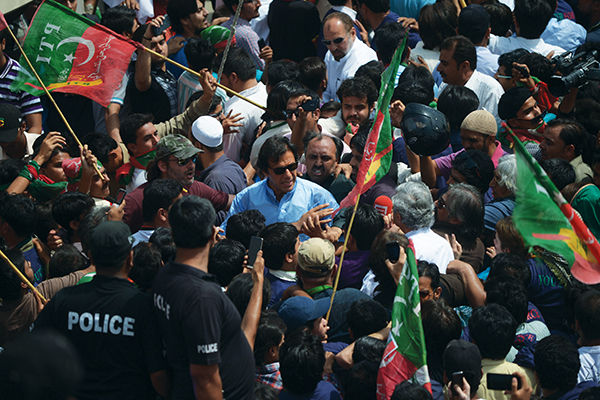 Imran Khan doesn’t shirk from a challenge—unless it’s a rematch against the man who humbled him in the last elections. On Aug. 22, an election tribunal ordered re-polling in Lahore’s NA-122 constituency, where Ayaz Sadiq, the currently-former speaker of the National Assembly, pummeled Khan two years ago. On Aug. 30, Khan pushed forward controversial real-estate big wig Aleem Khan to run in his place against the popular Sadiq in the Oct. 11 race. An irrepressible democrat, Khan said he—not his party—“chose” Aleem and warned that he would brook no dissent on his decision, confirming that it hasn’t gone down well with his party. Aleem was anointed, the PTI chief said, because he has donated generously to Khan’s cancer hospitals and college, and because he had cancer. Aleem, like his party colleague Jahangir Tareen, is the victim of “jealousy and envy,” he said, adding “Who can be more qualified than Aleem Khan to contest on the NA-122 ticket?” Reham Khan?