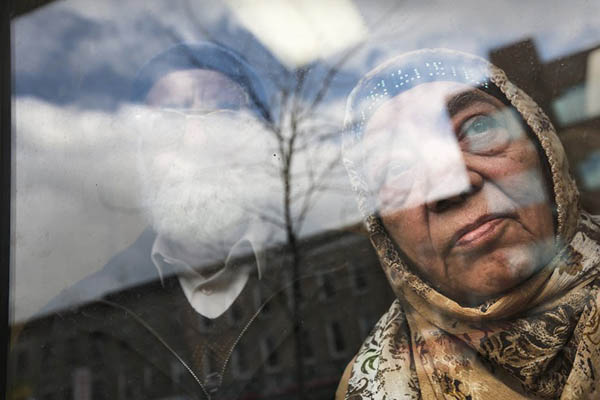 Despite experiencing the second fastest population growth of any group in the U.S., linguistic barriers are leaving Pakistani-Americans behind.

Immigrating to the U.S. is challenging under the best circumstances. For people like Atthar Mirza, whose parents emigrated from Pakistan, living in America also meant having to deal with a factor downplayed by most immigrants: a language barrier.

“The Pakistani community faces the challenge of a language spoken rather rarely in America,” he told Newsweek in an email interview. “Or at least perceived by Americans as rare, because I don’t find translations for important documents, signs, and warnings written in Urdu very often.”

Pakistani-Americans are the second fastest growing group in the United States, according to the Pew Research Center, and yet many are unable to fully adapt to their new lives due to a persistent language barrier. Research conducted by Asian Americans Advancing Justice shows over 80 percent of Pakistani-Americans do not speak English at home, while over 12 percent of the community suffers from “linguistic isolation.” Similarly, roughly 25 percent of Bangladeshi immigrants and 10 percent of Indians face the same problems.

The U.S. Census Bureau defines a household’s linguistic isolation as any circumstance in which no family member over 14 speaks English “very well.” The same census states that roughly 363,699 people of Pakistani descent are currently living in the U.S. Extrapolated, this could mean over 43,000 Pakistani-Americans are currently dealing with this problem.

Atthar, now 20 and attending the University of Virginia, says his parents encountered the problem shortly after moving to the Washington, D.C. metropolitan area. “They tell stories about the hardships all the time,” he says, adding that this is a common issue for new immigrants and can become exponentially worse in some cases if no one is available to guide them.

Thirteen years ago, the D.C. Language Access Coalition, an alliance of organizations serving immigrant communities around the Washington area, found that many of their clients were having trouble accessing public benefits due to the language barrier. This was especially concerning for families with low incomes because they were unable to sign up for essential services like Medicaid, which had no applications available in Urdu.

Seeking to correct this, a group of advocates pushed the D.C. City Council to pass the Language Access Act, requiring all municipal agencies to provide interpreters or translation services—or both if necessary—whenever a customer or client did not speak English as their primary language. The bill became law in 2004.

In addition to municipal support, the law requires third-party consultations to ensure it serves those who need it most. That role is served by non-profit Many Languages One Voice, an organization chaired by Sapna Pandya, an American of Indian origin.

Operating as a government watchdog, MLOV applies pressure on public sector agencies to meet their obligations to all communities, especially those suffering from linguistic isolation.

But while the language barrier disenfranchises adults living in the U.S., Pandya says the biggest victims are the children. “As an 8-year-old, I had to accompany my grandmother to the doctor to ensure the doctor could understand her,” she says of her own family’s experiences with linguistic isolation. “That’s a huge burden on a child. For one thing, no 8-year-old knows all the medical terminology. I felt like I was my grandmother’s anchor,” she added.

Pandya also recalls how many Indian and Pakistani friends of hers who grew up in linguistically isolated households helped their parents do the taxes and pay the bills—because the adults had trouble understanding even the most basic instructions. She says the problem can also affect the children’s education.

Linguistically isolated children are often forced to serve as translators at parent-teacher conferences if the schools are unable to provide interpreters. “The young people I work with end up interpreting [for their parents],” says Pandya. “Imagine you’re 15 years old. What are you going to do if you’re the one serving as that intermediary? [Of course] you’re going to tell your mom ‘Yeah, I’m getting straight As.’ But that is not fair.” In addition, Pandya notes, “parental engagement is linked to student success.” If the parents are unable to engage due to a language barrier, their children are immediately at an enormous disadvantage.

A study conducted by the Center for American Progress supports this belief. It found that children in isolated households often experience economic and academic disadvantages. It also found that Limited English Proficiency in the United States is already linked to socio-economic status—a key point in Pandya’s criticism of lax translation services.

“The specifics of anything tend to do with class,” she says. “By and large, if you are a well-to-do Pakistani immigrant in the United States, you were [likely] well-to-do back home, which means you probably spoke English back home. So the experience of linguistic isolation would not be familiar to elite Pakistanis who immigrated to the United States. It’s more a function of class, and language is tied to that.”

Faisal Niaz Tirmizi, consul general at the Pakistani Consulate in Chicago, agrees. He says the federal government in the U.S. should invest more resources for immigrant communities, including translation services for first generation immigrants. U.S. officials, however, say provisions are already in place for people facing language barriers.

Belsie Gonzalez, senior public affairs specialist for the Centers for Disease Control and Prevention, says the Office of Civil Rights in the Department of Health and Human Services offers interpretation and translation services for those who require it. But, Pandya maintains, these requirements often go unfulfilled.

In recent years, several organizations in the U.S. have stepped up to fill the gap left by the government in catering to the linguistic problems of immigrant communities. In addition to the MLOV, organizations like the South Asian Network in Los Angeles, and the South Asian Organizing Center and the Council of Peoples Organization in New York offer community-based aid, including English language classes, to struggling immigrants. However, this isn’t enough. Due to lack of awareness of their rights, many Americans of South Asian origin remain in the dark—forcing their children to step up.

“The power dynamic is flipped,” says Pandya. “You are no longer the child; you’re the adult now. You’re growing up really quickly.” As college student Atthar told Newsweek, the “future isn’t always clear” when you’re an immigrant. Not being able to understand the rights available to you only makes it murkier.

I don’t buy the argument that most Pakistani immigrants are unaware of language learning services for immigrants – I think the truth is that they’re not interested in it. I lived in Canada for 6 years, same story there. The US should make an English proficiency test mandatory for citizenship – that will make the Pakistanis seek out language proficiency courses in droves.