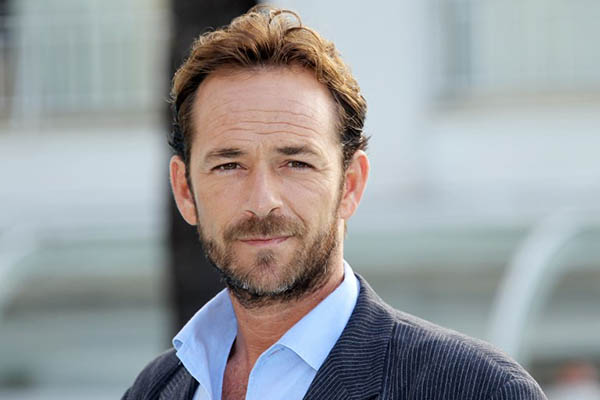 The star of hit television series ‘Beverly Hills, 90210’ and ‘Riverdale’ passes away after suffering a massive stroke last week

Actor Luke Perry, who rose to fame as a heartthrob in the hit 1990s television series Beverly Hills, 90210, died on Monday at the age of 52, triggering an outpouring of grief from friends and former co-stars.

Perry had been hospitalized last week after suffering a massive stroke at his home in Sherman Oaks, a wealthy suburb of Los Angeles. He died surrounded by his children Jack and Sophie, his fiancée Wendy Madison Bauer and ex-wife Minnie Sharp, his parents, siblings and other close family and friends, said his agent Arnold Robinson.

“The family appreciates the outpouring of support and prayers that have been extended to Luke from around the world, and respectfully request privacy in this time of great mourning,” Robinson added, in a statement.

Tributes came flooding in following news of Perry’s death, led by his co-stars on 90210 and on Riverdale, the television series based on the Archie comics in which he plays Archie’s father.

“Luke was a tremendous force in the lives of so many. He was a very sensitive soul who was kind, generous and he fought for the underdog,” said Gabrielle Carteris, who played Andrea Zuckerman in 90210. She said she was “absolutely heartbroken” at the loss.

The son of a steelworker from Ohio, Perry got his big break playing Dylan McKay on Beverly Hills in 1990, a role that made him a global household name. The show ran for 10 seasons from 1990 to 2000 and followed the lives and romantic entanglements of a group of teenagers living in an affluent area of Los Angeles. It became a huge international hit.

“I’m going to be linked with him until I die, but that’s actually just fine. I created Dylan McKay. He’s mine,” Perry was once quoted as saying of the career-defining role.

Perry was hospitalized on Feb. 27, the same day Fox announced it was rebooting 90210, featuring six of the original stars including Jason Priestley, Jennie Garth and Tori Spelling—though there was no confirmation Perry would be part of the reboot.

News of his stroke had triggered an outpouring of support from celebrities including his former co-star on the teen drama Shannen Doherty, who shared an old cast photo of her character locked in an embrace with Perry’s—they were one of the show’s supercouples. “Dearest Luke, I will forever bask in the loving memories we’ve created over the last thirty years,” wrote Ian Ziering, a fellow cast member of Beverly Hills, following news of his death.

The producers of Riverdale said in a statement that Perry had been “a father figure and mentor to the show’s young cast, Luke was incredibly generous and he infused the set with love and kindness.”

“I will miss you so much Luke Perry,” tweeted Molly Ringwald, star of the 1980s movies The Breakfast Club and Sixteen Candles who appeared in Riverdale with Perry. “R.I.P good sir” wrote Perry’s friend the actor Charlie Sheen. “you made every situation better, my man.”

Perry left 90210 in 1995 to look for more mature roles in movies but returned three years later.

He went on to play the love interest in the original movie of Buffy the Vampire Slayer, as well as headlining in the rodeo drama 8 Seconds and plating a smaller role in Luc Besson’s sci-fi film The Fifth Element starring Bruce Willis. He also appeared in the hit sitcoms Will & Grace and Spin City, as well as doing voice-overs in a number of animated series, including an appearance as himself in the hugely successful show The Simpsons.

His final film role will be in the Quentin Tarantino movie Once Upon a Time in Hollywood, slated for release later this year, in which he plays alongside screen giants Brad Pitt, Margot Robbie, Al Pacino and Leonardo DiCaprio.

Perry married Rachel Sharp in 1993 and the couple had two children before separating a decade later. His son Jack is a professional wrestler who fights under the ring name “Jungle Boy.”