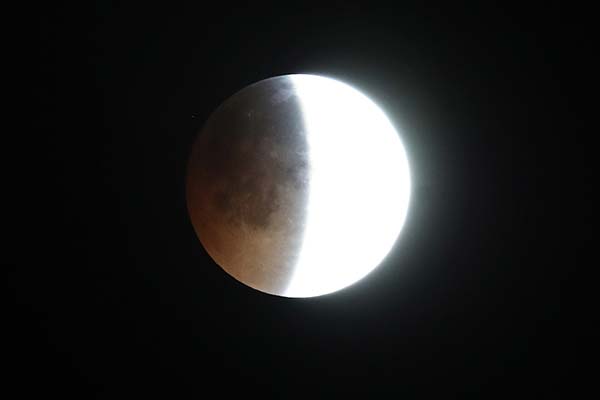 First lunar eclipse of new year will be on display from 10 p.m. to around 2 a.m.

The first lunar eclipse of the new year will be visible in Pakistan tonight (Friday), and will end in the early hours of Saturday.

An advisory issued by Pakistan’s Meteorological Department says the penumbral lunar eclipse would be visible from much of Europe, Asia, Australia, Africa, North America, eastern parts of South America, the Arctic, and the Pacific, Atlantic and Indian Oceans. “In penumbral lunar eclipse, the moon is covered by Earth’s lighter or outermost shadow and is usually difficult to observe,” it added. During a lunar eclipse, the Earth blocks some of the Sun’s light from directly reaching the Moon’s surface.

Why there was a big perfect ring around moon @1:30am.