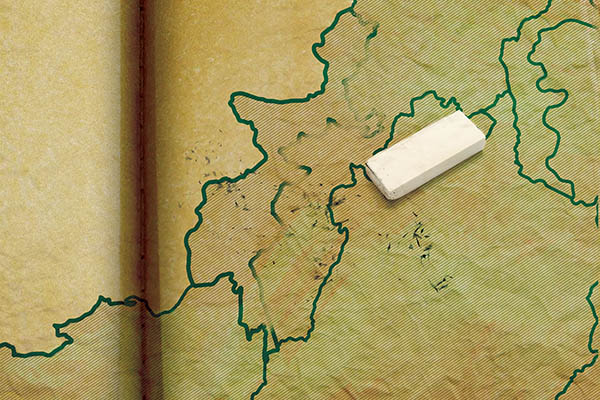 A brief overview of the issues plaguing Pakistan’s tribal belt

Famously described by Barack Obama as “the most dangerous place in the world,” Pakistan’s lawless tribal region is long thought to have been a safe haven for militants including the Taliban and Al Qaeda.

Now this mountainous, semi-autonomous area along the border with Afghanistan is set to enter the country’s mainstream, after a parliamentary vote Thursday to incorporate it into neighboring Khyber-Pakhtunkhwa province.

The move will impose the Pakistani judicial system on a region still loosely governed by British colonial-era laws and the tribal system of honor, and which has always existed on the fringes of the state.

Here’s a brief rundown on the history of Pakistan’s tribal belt.

When and why was it created?

The Federally Administered Tribal Areas (FATA) is a block of seven districts along Pakistan’s northwest border with Afghanistan, and is home to approximately five million residents, mainly ethnic Pashtuns.

The FATA was a colonial-era creation carved out by British rulers keen to curry favor with the fierce Pashtun fighters there, who passionately resisted any attempt at colonization. The area largely served as a buffer zone between what became the settled areas of Pakistan and modern-day Afghanistan.

It is notorious for the availability of cheap guns and smuggled goods along with narcotics including hashish and opium grown in both the FATA and neighboring Afghanistan.

Why is it ‘lawless’?

The British established the 1901 Frontier Crimes Regulation—a set of laws that saw political appointees govern the districts with sweeping powers, including the ability to punish an entire tribe for the crime of a single individual.

Following the creation of Pakistan in 1947, the FATA continued to be governed under the colonial-era system, combining draconian laws with a measure of autonomy intended to lure its tribesmen into joining the country. But the autonomy came at a price, as the move kept decades of development funds from pouring into the area—resulting in a massive gap between the tribal districts and the rest of the country.

It also created space for militancy, with devastating consequences for Pakistan and neighboring Afghanistan.

The FATA was also used as a base of operations to run the CIA-backed mujahideen insurgency against the Soviet Union, following the Russian invasion of Afghanistan in 1979. The area attracted Islamic fighters from across the world, some of whom eventually formed the backbone of Al Qaeda.

Following the 9/11 attacks, the area was inundated with Taliban militants and Al Qaeda loyalists fleeing Afghanistan over the porous border. FATA also gave rise to the Tehreek-e-Taliban Pakistan (TTP) movement, or Pakistani Taliban, that was long based out of the South Waziristan district.

The TTP’s bloody insurgency inside Pakistan spurred repeated military offensives into the tribal belt that Islamabad boasts has largely rid the area of militants. The U.S. has also carried out drone strikes targeting militants in the region for years, often to Pakistan’s fury.

Now the Pakistani military insists that safe havens have been eradicated, and says it is building a fence along the border. However, the Trump administration continues to allege that militants including the Taliban use FATA as a base from which to attack NATO and Afghan forces across the border, as well as a source for a steady stream of willing recruits.

The decision comes as a new rights movement emanating from FATA has accused Pakistan’s military establishment of using the territory to nurture militant groups fighting in Afghanistan, while overseeing a campaign of extrajudicial killings and abductions targeting tribesmen.