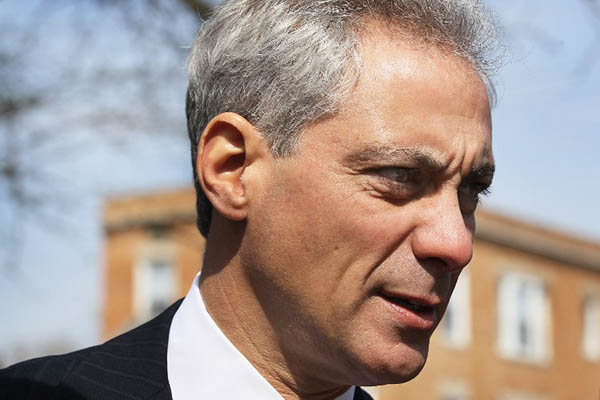 Chicago on Monday joined several major U.S. cities in affirming that it will remain a “sanctuary city” for immigrants, in defiance of president-elect Donald Trump. Los Angeles, New York, Seattle and San Francisco have made similar affirmations since Trump’s election on Tuesday, vowing to refuse to jail undocumented immigrants for deportation purposes and pledging that public services will continue to be offered regardless of legal status.

“To all the children and all the families who are unsure of their place because of what happened on Tuesday,” Chicago Mayor Rahm Emanuel said at a press conference. “You are safe, you are secure and you are supported in the city of Chicago.”

Emanuel, a Democrat who was chief of staff during President Barack Obama’s first term, said young undocumented people in particular would still be able to go to school and qualify for free community college education. “That speaks volumes to where our values are,” he said.

Trump, a Republican, campaigned on a promise to deport millions of undocumented immigrants. In an interview that aired on the CBS 60 Minutes news program over the weekend, Trump said he plans to immediately deport or jail as many as three million immigrants with criminal records, upon taking office. “What we are going to do is get the people that are criminal and have criminal records, gang members, drug dealers, where a lot of these people—probably two million, it could be even three million—we are getting them out of our country or we are going to incarcerate,” Trump said.

Experts estimate there are as many as 11 million foreigners living illegally in the United States, many of them Central and Southern Americans long-established in the country. Since 2009, the Obama administration has deported 2.4 million immigrants from the country. But Obama has also offered a reprieve to young people who were brought to the U.S. by their parents—so-called “Dreamers.” By executive order, he granted them temporary residency rights, allowing them to go to school and work.

Trump could reverse the order, and had promised to do so during the campaign. He had also promised to cut off federal funding for sanctuary cities. His rhetoric has raised alarms in immigrant communities.

“Since the elections, my phone has been off the hook,” said Tayna Cabrera, who heads the Illinois Dream Fund Commission, which offers scholarships to undocumented college students. “My students are terrified. Some of them haven’t shown up to school,” she said.

A visibly emotional Luis Gutierrez, a Democratic U.S. congressman who represents parts of the Chicago area, said he will work with the incoming administration to reform immigration laws, as long as more than 700,000 young Dreamers—who voluntarily identified themselves to the government—are not deported. “We have fought too long to be divided today. The elections are over. Now, it is time to legislate and to organize,” he said.